Please ensure Javascript is enabled for purposes of website accessibility
Log In Help Join The Motley Fool
Free Article Join Over 1 Million Premium Members And Get More In-Depth Stock Guidance and Research
By Anne Burdakin - Mar 2, 2020 at 8:30AM

Walmart (WMT -0.28%) is planning to challenge Amazon (AMZN -2.49%) with its own paid membership model that would compete with Amazon Prime, Vox reported Thursday. The company will introduce it as early as March.

Walmart plans to differentiate the membership model by including certain perks that Amazon cannot offer. The model is called Walmart+, a spokeswoman confirmed to CNBC.

Public testing of the paid membership model may start in March and is widely believed to replace Walmart's Delivery Unlimited service, which charges $98 per year for unlimited, same-day delivery of groceries. Pricing of Walmart+ remains unknown, but it should compete closely with Amazon Prime's cost of $119 per year.

How could anything compete with Amazon Prime?

If Walmart is to successfully challenge Amazon Prime's stranglehold on the market, it will need to provide unique value with Walmart+, specifically with features that Amazon can't match. Potential perks include text messaging to place orders, prescription drug discounts at Walmart pharmacies, fuel discounts at Walmart gas stations, and a Scan & Go service that allows Walmart shoppers to check out without waiting in line. 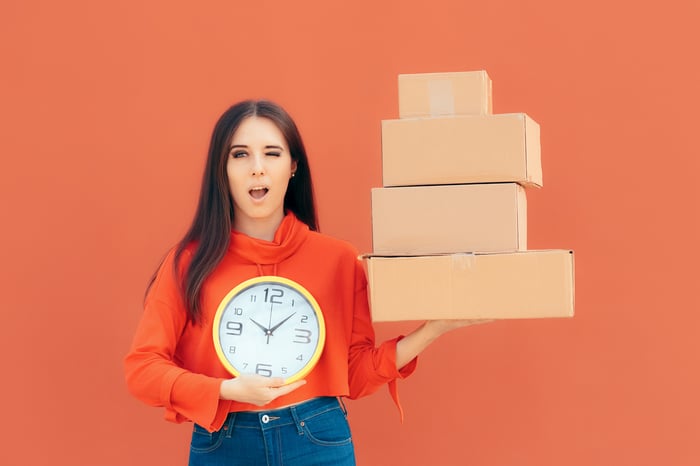 Groceries represent an advantage for Walmart right now as its fresh grocery prices are often lower than those Amazon charges. Bundling grocery delivery into Walmart+ along with additional offers can pull consumers away from Amazon Prime.

Regarding Walmart's grocery business, Gordon Haskett Research Advisors analyst Chuck Grom said, "Their online grocery business has continued to be wildly successful, so a deeper dive in that is what people want to see."

Walmart has dedicated time and money to e-commerce growth, and should it leverage this experience to increase online sales of higher-margin merchandise such as clothing and home goods. Grocery margins are too thin and delivery too expensive for that segment to single-handedly drive profitability for Walmart+.

The retail giant also announced it was discontinuing JetBlack, an e-commerce experiment in New York City. The membership-based service launched about two years ago and allowed customers to text orders for delivery to their homes. Walmart can take what it learned from this membership-based online service and use it in other e-commerce efforts, including Walmart+.

Walmart is fighting for online market share and profitability

Walmart reported fiscal year 2019 year-over-year U.S. e-commerce sales growth of 40%. The company doesn't disclose profitability for the channel, but Morgan Stanley analyst Simeon Gutman forecasts Walmart will lose approximately $2.1 billion on an operating profit basis this year, up from his estimate of $1.9 billion in losses in 2019.

Retail consultant Hilding Anderson advises patience in growing the business: "Focusing too early on that profit instead of growth and delighting customers is probably counterproductive for them," he said. "The measure of success is whether they are going to be thriving in 10 years."

If Walmart decreases spending on e-commerce, it may satisfy some investors and temporarily boost the stock, but market share would fall over time. Hilding added, "The Street doesn't always reward long-term thinking, and that's the danger here."