The companies will complement its precision oncology products.

Exact Sciences (EXAS 6.89%) is on a bit of an acquisition spree. Having closed its acquisition of Genomic Health in November, the diagnostic test maker announced it was buying two privately held cancer diagnostic companies, Paradigm Diagnostics and Viomics, on Tuesday after the closing bell.

Paradigm Diagnostics has a genomic profiling test for patients with advanced, refractory, or recurrent cancer to help doctors determine which drug the patient should be treated with next. The company has already gained Medicare coverage for the test. There's plenty of competition in the space, but Exact claims that Paradigm's test "requires smaller sample requirements and delivers faster results."

Viomics has DNA sequencing capabilities and has been identifying biomarkers that could be used to detect cancer. Assuming the research plays out, Exact plans to use the biomarkers in future tests it may offer. 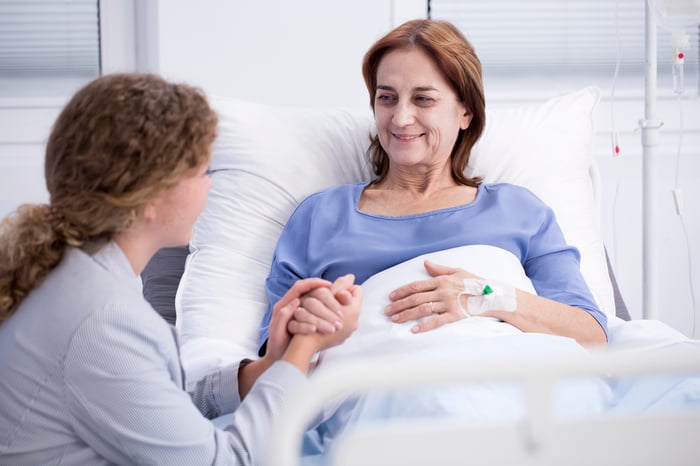 Both companies will fit nicely with the breast and prostate cancer tests that Exact acquired in its deal for Genomic Health. The acquisitions should produce cost synergies since Exact can use its existing sales force to promote the new products.

Exact didn't disclose financial terms of the acquisitions, so it's safe to assume they were small deals that may not be meaningful to revenue for a few years. That's in stark contrast to Genomic Health, which has had a huge impact on Exact's revenue.

Management is predicting that 2020 revenue from its precision oncology products -- the old Genomic Health products -- will contribute about $490 million to the approximately $1.63 billion that the whole company will generate.