The divestment of its cephalosporin products could bring in several hundred million dollars.

GlaxoSmithKline (GSK -0.44%) is hanging a "for sale" sign on a group of its antibiotics, according to an article published by Bloomberg. The article, citing "people familiar with the matter," states that the big drugmaker is working with financial advisors to find a buyer for its line of cephalosporins, a type of antibiotics, in a move that could put several hundred million dollars into the company's coffers.

Glaxo and its advisors are testing the waters for such a sale, Bloomberg wrote, making preliminary inquiries of interest. Early targets are peer pharmaceutical companies active in the antibiotics segment, as well as investment funds. 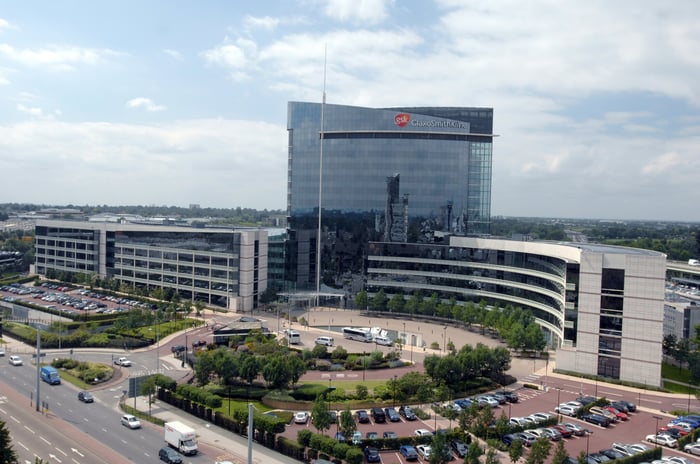 The company's portfolio of cephalosporins includes the drugs Zinna and Fortum, which collectively bring in roughly $200 million in annual revenue. Glaxo unsuccessfully attempted to sell this line several years ago.

Glaxo is a company in the process of transformation. It has combined its consumer healthcare business with that of Pfizer (PFE 2.15%)in a joint venture, and it is attempting to position itself for the future by divesting legacy medications like the cephalosporins in favor of more cutting-edge treatments.

A powerhouse in the vaccines segment, Glaxo is also developing next-generation products in this area. It has, for example, fast-tracked development of vaccine candidates for the SARS CoV-2 coronavirus that causes COVID-19. At present, there are no effective vaccines for SARS-CoV-2, nor have any treatments been clinically confirmed to be effective against COVID-19.

Glaxo has not officially commented on the Bloomberg report. On Tuesday, the pharmaceutical giant's stock had slipped by almost 3% in mid-afternoon trading, essentially in parallel to the decline of the broader U.S. market.