The government's eyes are on countries like Italy and South Korea.

President Donald Trump is mulling an extension of the international travel restrictions that the U.S.government has already enacted to slow the spread of the SARS-CoV-2 coronavirus.

In remarks to reporters on Tuesday, Trump said the ban might be widened to cover travel to the U.S. from countries with significant outbreaks of COVID-19. Specifically, the president said that his team is monitoring developments in South Korea, Japan, and Italy.

"We're being very stringent, but we're now looking at other countries that have been badly affected," Trump said. 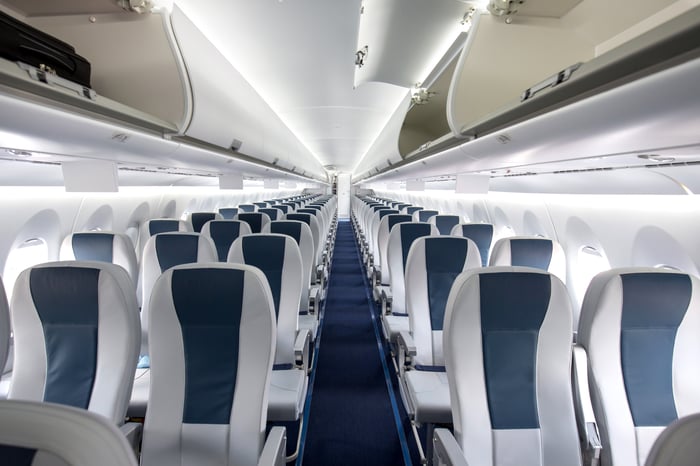 On Saturday, the administration imposed tighter restrictions on travel to the U.S. People who have traveled to Iran in the past 14 days are now barred from coming to the U.S. Meanwhile, the State Department's travel advisories for South Korea and Italy have been increased to the highest level of caution.

As of mid-afternoon Tuesday, according to figures compiled by CNN, there were 118 confirmed cases of coronavirus in this country, 48 of them people who recently returned from abroad.

Trump told reporters he is not yet considering restricting travel within the U.S.

A clutch of biotech and pharmaceutical companies are working on either vaccines against SARS-CoV-2 or drugs to treat COVID-19, which it causes.

One example is Gilead Sciences (GILD -0.40%), which is attempting to repurpose its antiviral medication remdesivir to fight the coronavirus. Gilead has, however, apparently had some difficulties finding enough test subjects for clinical trials in China.

On the vaccine side, Moderna (MRNA 0.76%) is among those leading the charge. A clinical-stage biotech, Moderna has received a grant from the multinational Coalition for Economic Preparedness Initiative to fund its research on the subject.