Please ensure Javascript is enabled for purposes of website accessibility
Log In Help Join The Motley Fool
Free Article Join Over 1 Million Premium Members And Get More In-Depth Stock Guidance and Research
By Jennifer Saibil - Mar 3, 2020 at 7:40AM

Even after another great earnings report, the footwear maker's stock isn’t rising.

Skechers (SKX 4.14%), the funky, value sporting wear and footwear company, has built itself up to challenge the leading competitors and is succeeding in those efforts. The company has consistently seen growth and keeps shattering its own sales records, bringing out new and varied products that win awards and are hugely popular.

However, despite the company's impressive record and expanding opportunities, as well as how much its stock returned in 2019, shares trade at only 14 times trailing earnings, as opposed to Nike's (NKE 2.70%) P/E of 33 and Under Armour's P/E of 72. 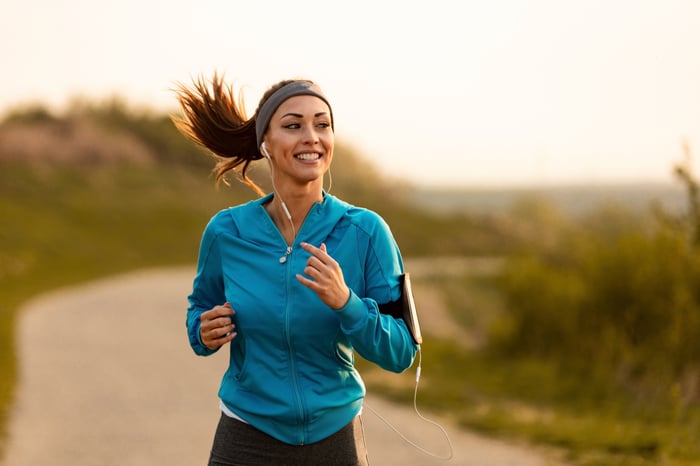 Skechers, for all its awards and high sales, is looked at as a company that's not innovative, and is considered more of a copycat. It's dealt with several lawsuits from other footwear companies that claim it stole their designs. It's even admitted to "getting inspiration" from other brands, calling it "skecherizing," thereby positioning itself on the bottom of the sneaker tech totem pole.

Another fear-inducing element in its strategy is that, while it may be true everything works well on a bagel, it doesn't necessarily hold true for a sneaker brand. The large array of products it retails -- more than 3,000 at last count -- may dilute the power of its brand.

The company has chosen this position, and it has served it well to this point. But some potential investors are pushing back and saying that it weakens the brand (even though the company continues to score record sales).

Basically, to see value in Skechers, you have to see the company for what it is: not a Nike wannabe (despite the alleged copying).

I've written about how Nike's global strategy serves its purpose because of the company's brand strength on its home turf. But a foreign-focused strategy is weak if the home base isn't solid. International sales make up nearly 60% of Skechers' business, which means international events will have a stronger impact on the company than average.

This becomes more of an issue with the current coronavirus outbreak (which spreads the disease COVID-19). Skechers' share price has taken quite a hit since virus fears have been thrashing the markets. But in the 2020 guidance, Skechers gave a cautiously optimistic outlook, taking store closures and lowered sales into consideration.

One distinction between the two is Nike's focus on a strong direct-to-consumer (DTC) approach, which makes sense because its status brings it value. Skechers operates differently, and it's not trying to be a status symbol. While Skechers' DTC is growing nicely, it also has a strong wholesale business.

In a way, Skechers is not really directly competing with Nike. Rather it's carving out a leadership opportunity in the unaddressed niche market of consumers who aren't looking for a name, but a quality shoe for a value price.

I've been writing about how undervalued Skechers is, and seeing its track record as well as how the company is poised for growth, it certainly appears to be an excellent stock-buying opportunity. The Wall Street consensus is to buy, despite all the fears, but will investors begin to appreciate Skechers and reflect its soaring value in its stock price? If the company keeps up with its game, eventually the share price should reflect that.