Please ensure Javascript is enabled for purposes of website accessibility
Log In Help Join The Motley Fool
Free Article Join Over 1 Million Premium Members And Get More In-Depth Stock Guidance and Research
By Royston Yang - Mar 4, 2020 at 2:22AM

But the company still needs to prove it has a viable business model.

Shares of Luckin Coffee (LKNC.Y 2.72%) soared 21.8% in February, according to data from S&P Global Market Intelligence.

However, the two-year-old start-up continues to burn significant amounts of cash and incur huge losses, which seem to be a symptom of its breakneck pace of growth. 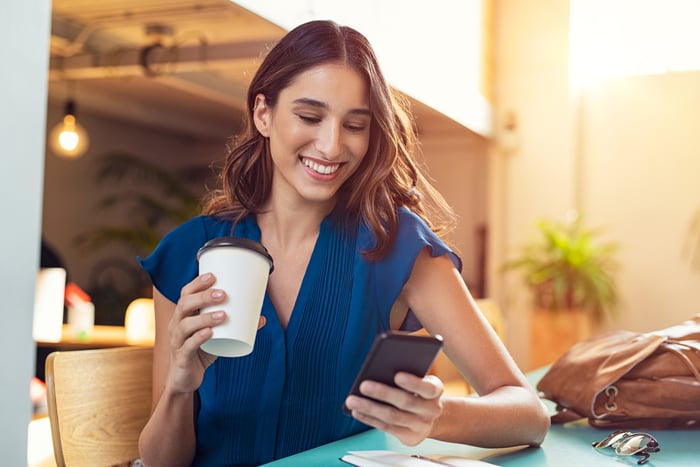 On Jan. 31, seeing an opportunity to criticize the company's rapid growth, Muddy Waters, a short-seller, published an 89-page report alleging fraud and describing a "fundamentally broken business." The stock proceeded to crash to a low of $31.35 on Feb. 3, only to rebound strongly after the company released a rebuttal to deny what it called "false and misleading allegations."

By the end of February, the stock had largely recovered from the losses it sustained a month ago and was trading back at the $39 level.

Though COVID-19 had affected the company and forced it to temporarily close some stores, the impact is not perceived to be significant, as the company has a wide footprint of stores all over China. To date, though, the company has yet to quantify the potential impact of the store closures, and this is something investors should continue to monitor.

With the impact from the short-seller report largely neutralized by the company's quick response, it appears that the current share price may also have figured in the effects of COVID-19, even as the situation in China continues to improve, with fewer deaths and a declining rate for new cases.

Charles Lu, co-founder and chairman of Luckin, believes that China's coffee market remains underpenetrated and that there's vast potential for the company to continue growing. However, the company needs to prove to the market that it has a viable business model and that it can eventually turn profitable instead of just burning large amounts of cash.