The medical device company missed Wall Street estimates in Q2 and lowered its full-year outlook in part due to the negative impact of the COVID-19 coronavirus.

Cantel Medical (CMD) struggled in 2019 while the overall stock market was sizzling. So far in 2020, the medical device company's woes have continued.

The company announced its fiscal 2020 second-quarter results before the market opened on Thursday, and there wasn't enough good news to change the trajectory for the stock. Here are the highlights from Cantel's Q2 update. 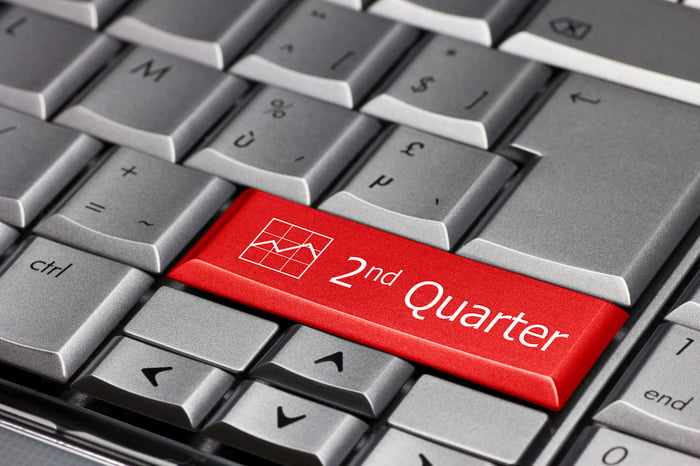 Cantel announced Q2 revenue of $288.5 million, a 28.5% increase from the $224.5 million reported in the same quarter of the previous year. However, this result was lower than the average analysts' revenue estimate of $290.45 million.

The company reported a net loss in the second quarter of $2.3 million, or $0.05 per share, based on generally accepted accounting principles (GAAP). This reflected significant deterioration from the net income of $18.8 million, or $0.45 per share, that Cantel recorded in the prior-year period.

Cantel posted adjusted non-GAAP net income of $0.61 per share in its fiscal 2020 second quarter. Although this was higher than the adjusted earnings of $0.57 per share in the prior-year period, it missed the consensus Wall Street earnings estimate of $0.67 per share.

CEO George Fotiades said that Cantel is "pleased with the progression we are seeing in the Dental segment." The company reported 7.5% year-over-year revenue growth for its dental business. Much of that growth stemmed from the integration of Hu-Friedy, although Cantel also delivered organic growth of 2.9%.

It was a different story with Cantel's medical business, though. The company reported medical organic revenue growth of 2.2%. Fotiades said that capital equipment placements in the second quarter were lower than expected. However, he noted that the Q2 launches of two new products -- the Defendo single-use cleaning adapter and the Scope Buddy Plus endoscope flushing aid -- have gone well so far.

Cantel's worsening bottom line in Q2 resulted primarily from higher spending levels. The company's operating expenses jumped 46% year over year to $114.6 million, largely due to increased costs related to the integration of Hu-Friedy. In addition, the company's interest expense increased to nearly $10.3 million from $2.2 million in the prior-year period.

Cantel now anticipates non-GAAP diluted EPS of $2.58 to $2.61 in full-year 2020. This is lower than the company's prior guidance, in part due to the weaker-than-expected medical sales in Q2. Cantel is also yet another healthcare stock that expects to experience a negative impact from the coronavirus outbreak, with the company projecting softness in China as a result of a slowdown related to coronavirus disease COVID-19.