Quest Diagnostics will launch a coronavirus test service next week.

On Thursday, the total number of confirmed cases of COVID-19 in the U.S. that had been reported to the Centers for Disease Control (CDC) swelled to 100 -- and next week, that number is probably going to climb much further. That's because the country's second-largest provider of clinical testing services, Quest Diagnostics (DGX -0.32%), has announced plans to begin helping the CDC unwind its backlog of coronavirus tests.

During January and February, U.S. healthcare officials isolated some people at risk of carrying SARS-CoV-2, the virus that causes COVID-19. Unfortunately, a shortage of fully approved testing kits means that it's still unclear how many infected individuals may have slipped through the cracks. It's fairly likely to be a large number. In the past two months, just a few thousand people with suspected cases of COVID-19 were actually tested in the U.S. 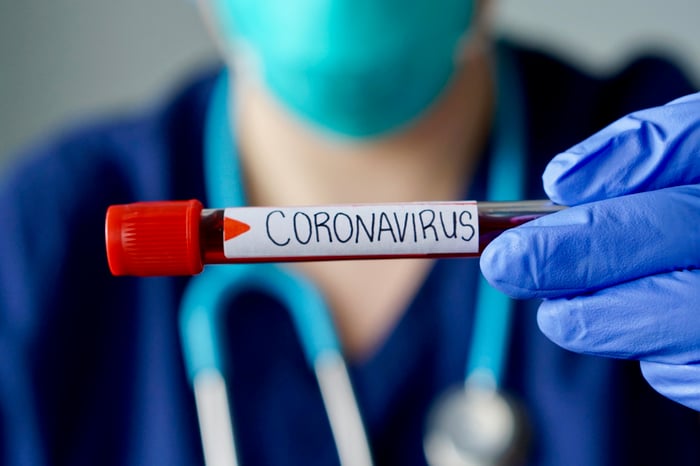 The Food and Drug Administration allows providers of healthcare and other services to use their own laboratory-developed tests (LDTs) with relatively little oversight. But to avoid potential calamities, the FDA requires companies like Quest Diagnostics to run every test they plan to market through a series of regulatory hoops first.

The FDA is making a highly unusual exception for Quest Diagnostics by allowing it to provide this service on a nationwide scale without subjecting its coronavirus test to the usual battery of tests. Quest's COVID-19 diagnostic will be an LDT, with the respiratory specimens collected at hospitals and doctors' offices -- not at Quest locations, and not by its employees.

One out of three American adults has a medical test done by Quest Diagnostics annually, so once the company gets this service firing on all cylinders, relatively rapid testing for COVID-19 should become the new normal. The company says it will be ready to receive specimens and begin testing on Monday.