Please ensure Javascript is enabled for purposes of website accessibility
Log In Help Join The Motley Fool
Free Article Join Over 1 Million Premium Members And Get More In-Depth Stock Guidance and Research
By Aditya Raghunath - Mar 6, 2020 at 11:36AM

The coronavirus has had a huge impact on Apple (AAPL 4.01%) supplier Foxconn. The Taiwan-based iPhone assembler has experienced a severe decline in its monthly revenue for February.

It was Foxconn's biggest monthly revenue decline in seven years, according to one Reuters report. In the first two months of 2020, company revenue is down by a significant 14.4%. 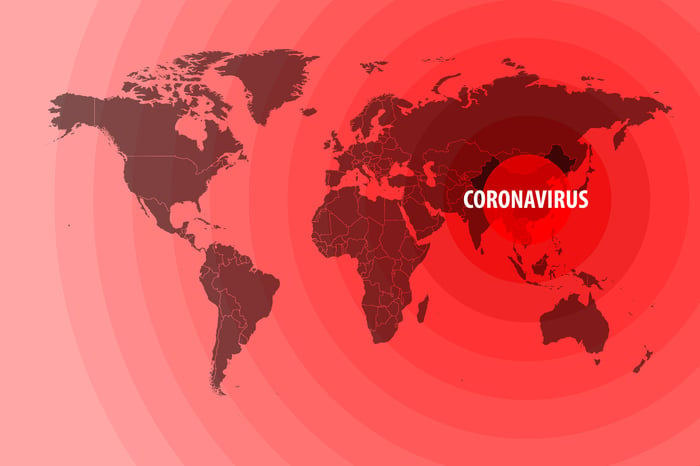 Earlier this month, Foxconn released its outlook for the first quarter of 2020, projecting a 15% decline in its electronics and telecommunications segment. On March 3, the company confirmed that production has resumed, reaching 50% of its required capacity. It expects to run at full seasonal capacity by the end of this month.

The virus outbreak has resulted in severe constraints for Apple and supply chain partners. While Apple has confirmed it will miss revenue estimates for the March quarter, we have also seen that the company will struggle to provide replacement phones to the consumer due to the impact of the dreadful COVID-19 epidemic.

Another Apple supplier, Qorvo, also reduced its guidance for the March quarter. The chip manufacturer had initially expected quarterly sales between $800 million and $840 million and has since revised estimates to $770 million.

Apple shares are trading lower by 1.3% at the time of writing and are down almost 12% from record highs.