Markets plunged as the outbreak spread.

The stock market lost ground on Friday, closing another tough week for major market benchmarks. The Dow Jones Industrial Average, S&P 500, and Nasdaq Composite saw their corrections deepen, having fallen nearly 15% from their respective highs less than a month ago.

Even with huge numbers of stocks falling in concert with the broader market, there were still a few winners. Both Inovio Pharmaceuticals (INO 0.52%) and OPKO Health (OPK 2.27%) are working on potential solutions that could work to stem the COVID-19 outbreak, but the big question is whether investors are getting ahead of themselves rather than waiting to see whether the efforts will amount to anything in the short run.

Shares of Inovio Pharmaceuticals climbed another 45%, adding to its impressive run in recent days. Since the end of February, Inovio's stock has more than tripled, with investors hoping the company will prove successful in its work to come out with a COVID-19 vaccine. 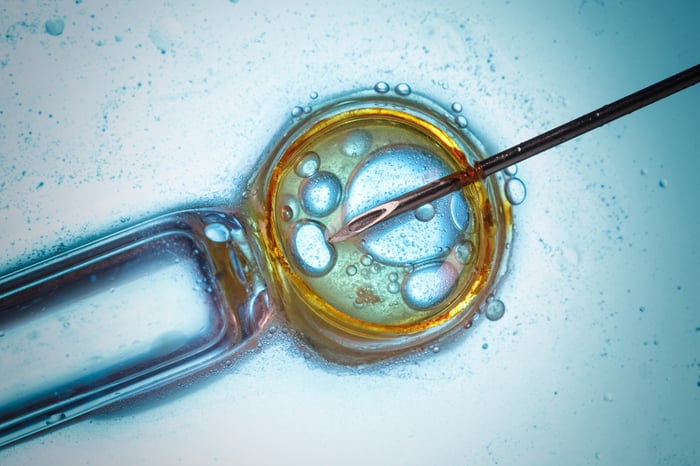 Today's move follows up on news earlier this week that the biotechnology specialist would accelerate its plans to begin clinical testing of its INO-4800 vaccine to fight the virus that causes COVID-19. After initially expecting to start tests this summer, Inovio said it would continue pre-clinical testing this month and hopes to start clinical trials in the U.S. next month. If things go well, Inovio could expand the testing to hard-hit areas like China and South Korea as well.

Inovio's innovative process makes developing treatments relatively easy. Once the company had the sequence of the virus that causes COVID-19, it only took a few hours for Inovio to come out with the design of a potential vaccine. That's because the company uses DNA to help patients use their own immune systems to develop antibodies that hopefully will fight the virus.

Similarly, OPKO Health saw its shares rise 14%. The move came after the company's BioReference Laboratories subsidiary made a coronavirus-related announcement that suggested a possible spike in sales in the near future.

OPKO said late Thursday that it would offer a test for the coronavirus, with its subsidiary expecting to receive specimens of the virus for its own use in the coming week. Because BioReference has an extensive network of service centers that patients can visit along with logistical support, the company believes it will be able to offer access to COVID-19 testing across the U.S. quickly.

OPKO had already seen its stock rise on hopes that the test would become available soon. On Wednesday, shares jumped 11% once the Centers for Disease Control and Prevention (CDC) set the stage for the company to file for approval of its proposed coronavirus test.

Of the two stocks, the potential for coronavirus-related business to make a material difference in the short run appears to be greater at OPKO, if only because testing will happen much more quickly than a vaccine can go through the clinical trial and approval process. However, both OPKO and Inovio could see a big spike higher in revenue if things go well for their respective programs going forward.