Please ensure Javascript is enabled for purposes of website accessibility
Log In Help Join The Motley Fool
Free Article Join Over 1 Million Premium Members And Get More In-Depth Stock Guidance and Research
By Beth McKenna - Mar 6, 2020 at 9:18AM

Shares of the REIT are bucking the coronavirus-driven market sell-off.

The company name might not strike a chord with many investors, as it's relatively new to the public markets. It held its initial public offering (IPO) in June 2017. 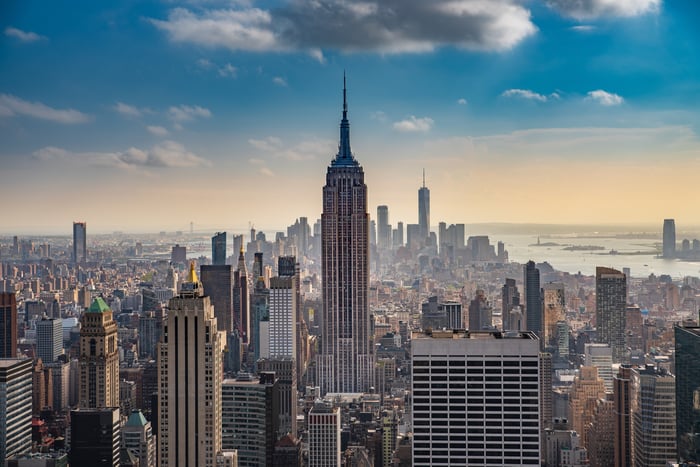 We can attribute Safehold stock's robust February and March (to date) performances largely to a continuation of the momentum that it's enjoyed for some time. Investors are enthused about the company's growth prospects.

Safehold reported its fourth-quarter results last month, but that event only accounts for a small portion of the stock's total February rise. Following the Feb. 13 earnings release, shares rose 2% -- on a flat market day -- and they gained 2.8% in the two-day period following the report.

In Q4, revenue rocketed 100% year over year to $29.6 million. Net income soared 156% to $11.2 million, which translated to earnings per share (EPS) rising 4.2% to $0.25. That result fell short of the $0.36 Wall Street consensus estimate. However, only three analysts provide projections, making the consensus less meaningful than usual. (The big difference in the percentage gain between net income and EPS is due to the sizable increase in the number of shares outstanding.)

I think investors can likely expect Safehold stock to continue to run up. During this coronavirus-driven turbulent market, many investors are shifting their portfolios to a more defensive stance. While Safehold doesn't pay a big dividend, it does pay one -- it's currently yielding 0.95%. Moreover, the company's portfolio doesn't have any international exposure, which is a plus with respect to COVID-19, as China and several other countries have been the hardest hit so far.

Finally, this week's Federal Reserve emergency interest rate cut of a half a percentage point should benefit Safehold by lowering its borrowing costs.