A report has Gray Television offering to acquire TEGNA -- but does the move make sense?

Shares of TEGNA (TGNA -0.33%), a media company with 62 television stations in 51 markets reaching roughly 39% of television households nationwide, soared 28% Friday morning -- before giving back some gains -- after Gray Television (GTN -1.21%) made an offer to acquire the company.

Gray Television reportedly made a $8.5 billion offer, including debt, to acquire TEGNA, per a Reuters report. Gray Television offered $20 per share in cash and stock for TEGNA, and the move would add even more debt to the company's pile -- it's reported a plan exists to pay down the debt if the deal closes. The move makes sense for Gray Television, as the company operates in 93 television markets covering roughly 24% of U.S. television households, but generally it operates in smaller markets while TEGNA is more focused on larger markets. The combination would make a complimentary and favorable fit. 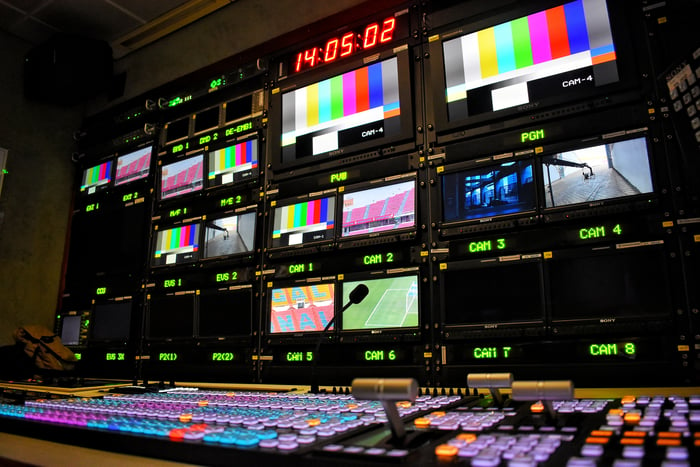 It must be noted that as of this writing nothing has been officially announced, and there's no guarantee a deal will be completed, despite the pop in TEGNA's stock price. But this is a reminder to investors of the pressure being applied to traditional television and broadcast companies as consumers continue to cut the cord and opt for online streaming options. 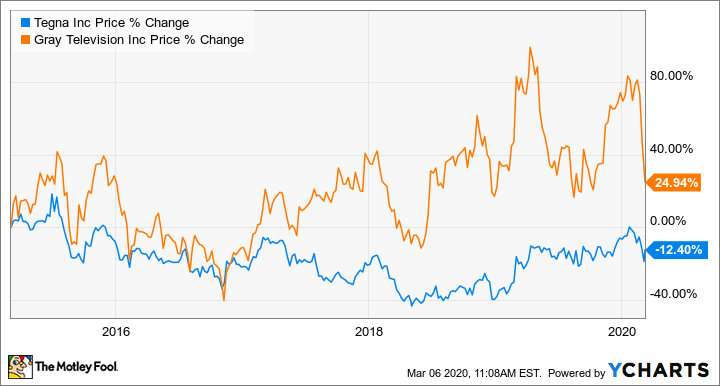 As you can see in the graph above, the pressure facing broadcasting companies has had their stocks treading water over the past five years, and industry consolidation to increase scale could help support their business. If the deal closes, it will be a move in the right direction for both companies, provided the debt can be reduced quickly amid a boost in business from political elections.