The music festival schedule of March suddenly looks barren, and April's Coachella might be next.

The coronavirus scare is closing down music festivals. On Friday, the City of Austin shut down the South By Southwest (SXSW) festival in Austin, Texas. The Ultra Music Festival in Miami, Florida was canceled earlier this week.

With the two largest festivals of March out of action, fans worry that the even bigger Coachella event might fall away from the April calendar. 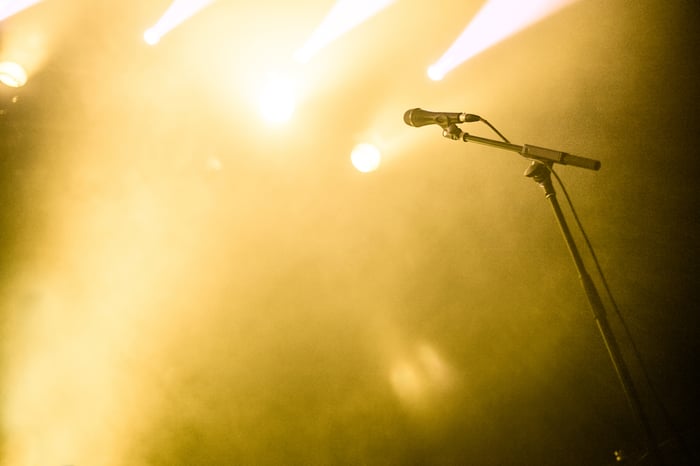 Music festivals bring a lot of local business. The SXSW festival pumped more than $300 million into Austin's economy last year. Coachella's economic impact was more than twice as large. Ultra has contributed $1 billion to Miami's economy over the years, including $168 million in 2018 alone.

The Austin area has not yet seen any coronavirus cases, but the city council was concerned that inviting 300,000 people from around to world might start a local virus hotspot. A similar story is playing out around the Ultra festival, based on Florida's governor declaring a public health emergency on March 1.

Ticketmaster parent Live Nation Entertainment's (LYV 0.58%) stock has fallen 30% since the coronavirus hit international newswires in February, and these canceled festivals may be the start of an industrywide downturn.

Live Nation CEO Joe Berchtold downplayed the coronavirus threat in his fourth-quarter earnings call on Feb. 28, arguing that the virus was a peril to a tiny portion of Live Nation's events in places like China and Italy. But when both SXSW and Ultra Music shut their doors, the coronavirus is causing real economic damage in areas far from China.

"The show must go on," said the SXSW organizers. These festivals should return next year.