Please ensure Javascript is enabled for purposes of website accessibility
Log In Help Join The Motley Fool
Free Article Join Over 1 Million Premium Members And Get More In-Depth Stock Guidance and Research
By Will Healy - Mar 9, 2020 at 6:22AM

At first glance, CenturyLink (LUMN 2.92%) and Verizon (VZ -2.17%) look like two tech stocks in the telecom industry with relatively little in common. CenturyLink remains a wireline company, while Verizon's attention has turned increasingly toward 5G wireless.

However, these one-time competitors have increasingly become collaborators. As both companies work to capitalize on the 5G opportunity, the question for investors likely hinges not so much on the future success of both telecom giants, but what investment best suits their needs.

CenturyLink has long served as a Verizon Wireless authorized agent. However, the most significant synergies between the two companies are tied to  CenturyLink's core capability, fiber. Instead of fiber turning into the abandoned infrastructure left over from a bygone era, it may become more critical than ever. One fact overlooked is that 5G networks need fiber for connectivity. This plays right into CenturyLink's hands, as the company manages a 250,000-mile fiber network in the United States. Instead of fiber serving individuals and businesses directly, it will become an increasingly important part of network backhaul.

Moreover, 5G puts Verizon in a similarly fortuitous position. Verizon, along with T-Mobile and AT&T, will be one of only three companies in the U.S. offering this valuable service. According to supply chain finance provider Greensill, 5G deployment will cost U.S. carriers a combined $275 billion. Such costs will likely deter a new entrant, or for that matter, a current competitor, from starting a price war. Once more customers transition to 5G, Verizon should begin to benefit from this massive investment. 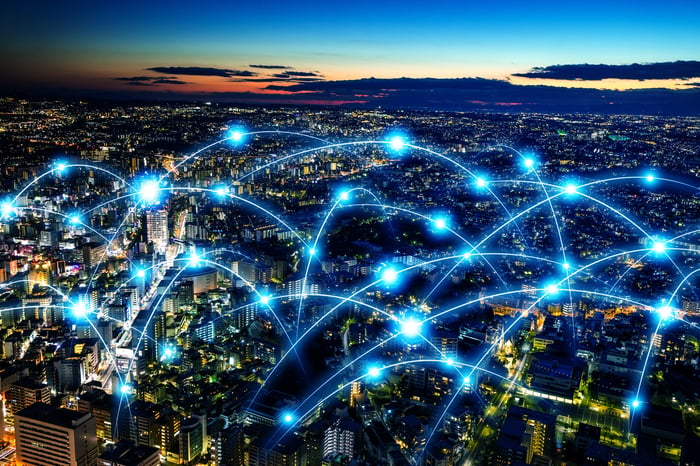 Whether CenturyLink or Verizon is the preferred investment likely comes down to one's tolerance for risk. CenturyLink suffered for years as customers increasingly turned away from pay-TV and landline phones. Stock losses also accelerated after its merger with Level 3 Communications in 2017. Since peaking above $45 per share in June 2014, CenturyLink stock has lost just under three-fourths of its value.

This led to the annual dividend falling from $2.16 per share to $1.00 per share in 2019. With the dividend payout ratio exceeding 92%, one also has to wonder if the company reduced the payout by enough. 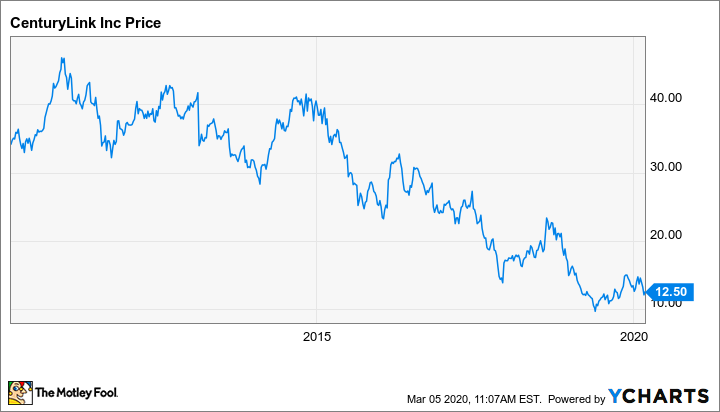 However, amid a 5G buildout, profits have finally begun to rise. Wall Street forecasts average annual earnings increases of 6.9% for the next five years. Moreover, the anticipated free cash flow of $3.1 billion to $3.4 billion should cover the $1.1 billion in annual dividend costs. At a forward P/E ratio of 8.3 and a dividend yield of over 7.9%, CenturyLink seems like a bargain.

Still, investors need to also keep in mind that the company's $32.4 billion in long-term debt significantly exceeds the $13.5 billion in equity. Though debt fell by more than $3 billion from year-ago levels, it remains dangerously high.

Verizon also faces a significant debt problem. It holds over $100 billion in debt against just $62.8 billion in equity. However, Verizon's market cap of around $230 billion, about 3.75 times its book value, gives the company more breathing room on its debt. This compares well to CenturyLink, whose market cap of approximately $13.7 billion keeps its stock trading near the company's book value.

Moreover, while CenturyLink stock continues to grapple with last year's dividend cut, Verizon's payout continues to rise. Verizon's annual payout of $2.46 per share yields around 4.4%. The company has also increased this dividend for 15 consecutive years. If this continues for ten more years, Verizon stock will reach dividend aristocrat status. Additionally, with a payout ratio of about 52.4%, Verizon appears able to cover the costs of its dividend for the foreseeable future. 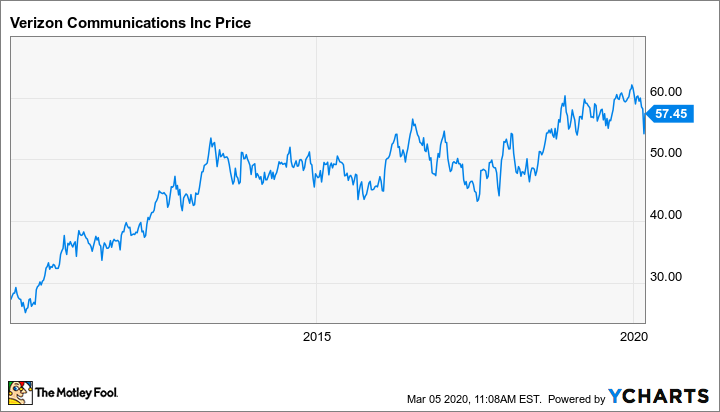 As for valuation metrics, the forward P/E ratio of about 11.3 gives it a higher earnings multiple than that of CenturyLink. The average annual profit growth forecasted also now stands at 3.6% per year for the next five years. This comes in well below CenturyLink's anticipated growth. If not for the dividend, Verizon would likely face further struggles in attracting investors.

Despite the higher multiple and lower dividend yield, most investors will likely find Verizon more suitable. Yes, 5G offers CenturyLink a new lease on life. Still, if the company fails to meet estimates, the company's debt could endanger what remains of the dividend, and CenturyLink stock itself.

Concerning Verizon, investors should also compare its metrics to those of the S&P 500. Here, Verizon's valuation comes in at less than half the S&P 500's average P/E ratio of about 22.8. The dividend yield is also more than double the S&P 500 average of about 1.9%. While Verizon will likely not excite investors, it should give them a significant, steadily growing stream of income at a low price.