Please ensure Javascript is enabled for purposes of website accessibility
Log In Help Join The Motley Fool
Free Article Join Over 1 Million Premium Members And Get More In-Depth Stock Guidance and Research
By Dan Caplinger - Updated Mar 9, 2020 at 9:28AM

Consumers might get a small silver lining amid the market turmoil.

The macroeconomic picture got even cloudier over the weekend, as a brand new issue blindsided investors. In addition to all the uncertainty about what the Covid-19 outbreak could have on the global economy, news that OPEC and Russia had failed to agree on oil output sent crude prices plunging toward $30 per barrel. Amid the chaos, investors fled to the perceived safety of Treasury bonds, and that sent yields on long-term Treasuries to historic lows. The 10-year yield dropped to just 0.3% Monday morning, while the 30-year yield fell to the 0.7% mark briefly.

As painful as the stock market plunge has been for investors, bonds have provided some offsetting gains for those who follow traditional asset allocation strategies. Beyond the investment world, the plunge in bond yields and oil prices could also have some positive impacts on consumers -- but it's unclear whether they'll be all that big compared to the potential disruptions from likely future measures like work closures and quarantines.

1. You might have another chance to refinance your mortgage

Back in 2017, the Federal Reserve's decision to start raising its short-term interest rates led to a dramatic increase in mortgage rates. That largely brought a long wave of mortgage refinancing to an end, as 30-year mortgage rates approaching 5% looked a lot less attractive than the 3.5% mortgages that were available at various points during the early 2010s. 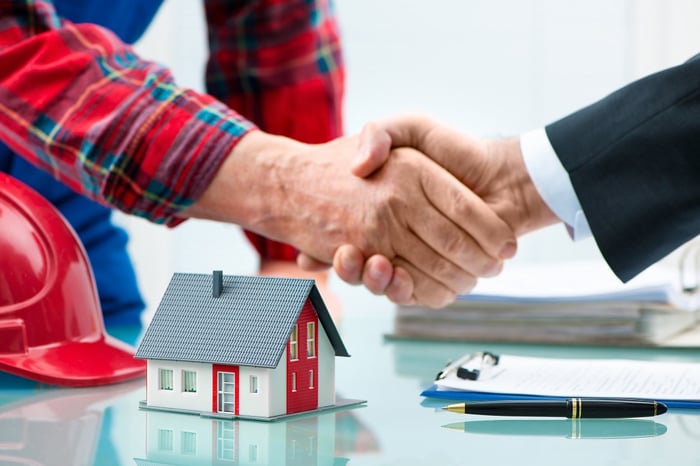 With bond yields plunging to record lows, however, homeowners can expect that mortgage rates will follow. Already in February, 30-year mortgage rates matched that 3.5% rate from several years ago, and that was even before much of the latest downward move in Treasury yields happened. The latest reading had 30-year mortgages at 3.29%, the lowest level in the 50 years that government sponsored agency Freddie Mac has tracked rates, and 15-year mortgages were available for just 2.79%. Homeowners shouldn't expect mortgage rates to fall too much further, but for those who have mortgages at 4% or above, there could be some savings from locking in rates below 3% if they become available.

Mortgage rates tend to get tied to longer-term Treasury yields, but many of the other interest rates that consumers pay on loans and credit are more closely linked to short-term rates. Those rates have already fallen sharply, but the Federal Reserve has been slow in moving the official federal funds rate to match up with what the bond market expects. Even though the current fed funds rate is in a range of 1% to 1.25%, short-term Treasury bills have rates of 0.25% to 0.5% right now.

The Fed has been behind the curve recently, and many expect the central bank to cut rates further at its meeting later this month. If that happens, then some of the interest charges that people pay on home equity loans, credit card balances, auto loans, and other shorter-term credit could see modest reductions.

Finally, the most recent drop in oil prices is having a devastating impact on the energy sector of the stock market. But for consumers, cheaper oil should eventually translate into less expensive prices at the gasoline pump.

As drivers know all too well, there's often a long lag before lower oil prices get reflected at their local gas stations. Moreover, with expectations for reduced travel and the potential for work closures that could keep some people from traveling back and forth to their jobs, the positive impact of cheaper gas could get watered down somewhat. Nevertheless, for many, saving a few dollars at the pump could be important in making ends meet.

Some investors have believed that the negative interest rates seen in Europe and Japan wouldn't be likely to happen here. Yet as bond yields approach that zero mark, many seem to be coming around to the idea that current worries about coronavirus and the oil market could keep pushing investors toward the perceived safety of bonds -- no matter how little interest they pay.

Why Are Mortgage Rates Rising, and What Does That Mean for You?

Avoid These Stocks at All Costs

3 Simple Ways to Pay Off Your Mortgage Faster