Please ensure Javascript is enabled for purposes of website accessibility
Log In Help Join The Motley Fool
Free Article Join Over 1 Million Premium Members And Get More In-Depth Stock Guidance and Research
By Daniel B. Kline - Mar 9, 2020 at 5:23PM

The company is paying well for experienced operators.

Walmart (WMT 0.15%) plans to hire 500 more truck drivers for its private fleet, primarily on the East and West Coasts, to help meet the increased demand from its growing e-commerce business.

In a highly competitive market for experienced drivers, Walmart has been attracting applicants by the simple strategy of offering better wages than its rivals. Walmart pays drivers an average of $87,500 per year, and says it plans to improve that in 2020. 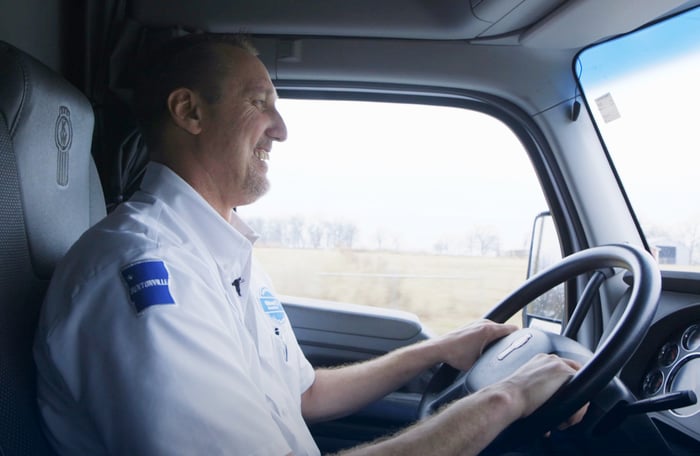 How is Walmart paying truck drivers?

The retailer pays for more than mileage driven. It also offers training pay and activity pay for times when trucks aren't moving (like when they are is being loaded or unloaded).

Walmart also gives its drivers weekly schedules, which allows them to plan for when they won't be home. And it awards its drivers safety bonuses for meeting its operating standards.

Despite the national shortage of truck drivers, Walmart holds its new hires to relatively high standards. It requires them to have at least 30 months of experience over the past three years with a clean driving record.

Experienced truck drivers have leverage in the job market, and Walmart understands that to get the number of them it needs, it has to offer them a good deal. The company appears to be doing that both in pay and in how it treats drivers. That should allow the retailer to grow its fleet as needed -- and that need could expand significantly in the coming years.