Please ensure Javascript is enabled for purposes of website accessibility
Log In Help Join The Motley Fool
Free Article Join Over 1 Million Premium Members And Get More In-Depth Stock Guidance and Research
By Daniel B. Kline - Mar 10, 2020 at 11:33AM

The chain has capped a decent year that has stabilized its business.

Dick's Sporting Goods (DKS 4.21%) has been in the midst of a sort of on-the-fly reinvention for the past couple of years. That has included revamping its merchandise, building out omnichannel capabilities, and removing guns from many of its stores.

Now, after a year in which the chain stabilized its business, it has revealed plans to remove the hunting department from another 440 stores. This will remove guns from those locations. 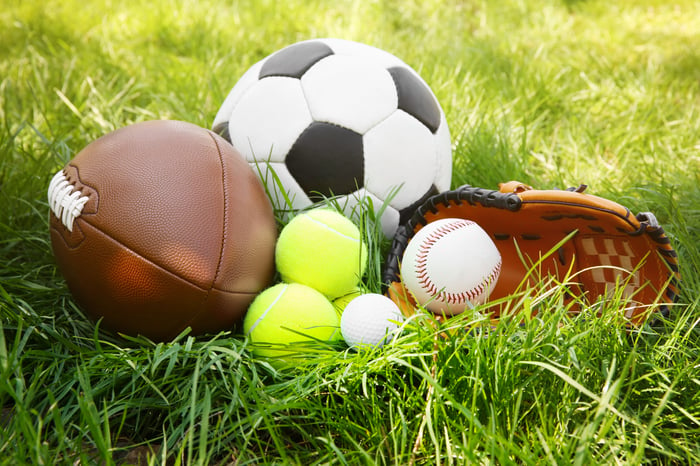 Dick's has removed guns from many of its stores in response to public outcry after various gun-related instances. The company has also called for stricter firearms regulations. That has, of course, angered some gun enthusiasts but has not appeared to hurt the company's bottom line.

"Despite the compressed holiday selling season and the challenging conditions we faced with unseasonably warm weather, we delivered a 5.3% comp sales increase, supported by increases in both average ticket and transactions, as well as growth across each of our three primary categories of hardlines, apparel, and footwear," said CEO Edward W. Stack in a press release.

How is Dick's doing it?

The sporting goods retailer has focused on serving athletes. The company's president Lauren R. Hobart detailed what that means.

"Our efforts demonstrate that when we focus on serving our athletes, we can drive a meaningful impact on sales," she said in the earnings release. "We remain focused on driving positive results through an improved service and selling culture, while continuing to improve our omnichannel experience through faster and more reliable delivery as well as improved functionality and performance of our website."

Basically, Dick's has chosen to focus on areas outside of hunting and firearms. That makes getting rid of guns less about politics and more about having the right merchandise to serve its customers.