Shares of Aurora Cannabis (NYSE:ACB) were up 3.4% as of 11:26 a.m. EDT on Tuesday after rising as much as 12.6% earlier in the day. The Canadian cannabis producer didn't have any news of its own. Instead, today's move is part of an overall rebound for the stock market after Monday's massive sell-off.

Aurora's bounce isn't surprising. The market meltdown Monday dragged down most marijuana stocks. But these stocks aren't affected all that much by the underlying reasons behind that meltdown, namely the coronavirus outbreak and plunging oil prices. It makes perfect sense that investors would realize the panic was overdone. 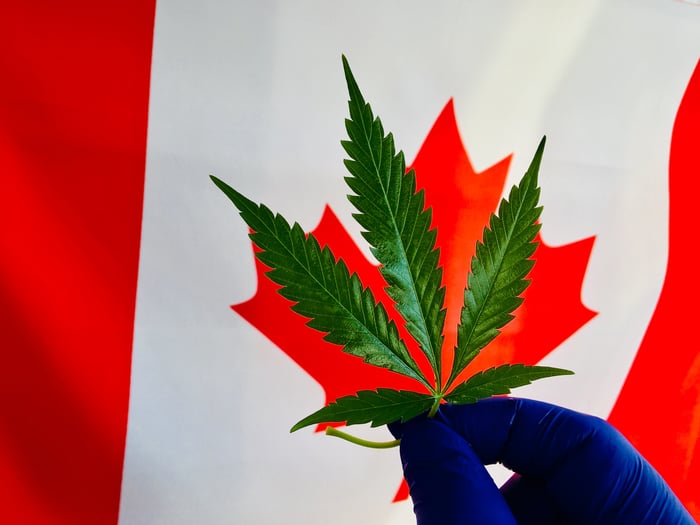 That being said, Aurora hasn't recovered all of its decline from Monday. There's still a lot of uncertainty about what might happen next with the global economy and the stock market. It's understandable that investors might remain skittish about the stocks of unprofitable companies in an early stage industry that faces several headwinds.

Aurora Cannabis fits hand-in-glove in that category. The company continues to lose boatloads of money. The cannabis industry is still only in its very early stages. And the industry faces continued headwinds, notably the slow rollout of retail cannabis stores in Canada.

Expect Aurora Cannabis stock to remain highly volatile at least over the near term and quite possibly for a much longer period. The most important thing for investors to watch is the company's next quarterly update, which will probably be in May. That will be the first glimpse into how Aurora is performing in the Cannabis 2.0 market and will partly reflect the company's cost-cutting moves.