Please ensure Javascript is enabled for purposes of website accessibility
Log In Help Join The Motley Fool
Free Article Join Over 1 Million Premium Members And Get More In-Depth Stock Guidance and Research
By Rich Duprey - Mar 10, 2020 at 8:04AM

The fashion conglomerate has seen a lot of executive turnover as it struggles to grow sales.

Tapestry (TPR -3.13%) continues to shake up its executive offices as it announced Joshua Schulman, the CEO of its Coach leather handbag business, will exit the company that has seen a number top executives leave over the past few years.

The fashion retailer saw its CFO leave the company, followed a year later by CEO Victor Luis, who abruptly resigned his position and vacated his board seat. Chairman Jide Zeitlin, who assumed the CEO role, vows to remain with Tapestry for the next three years. 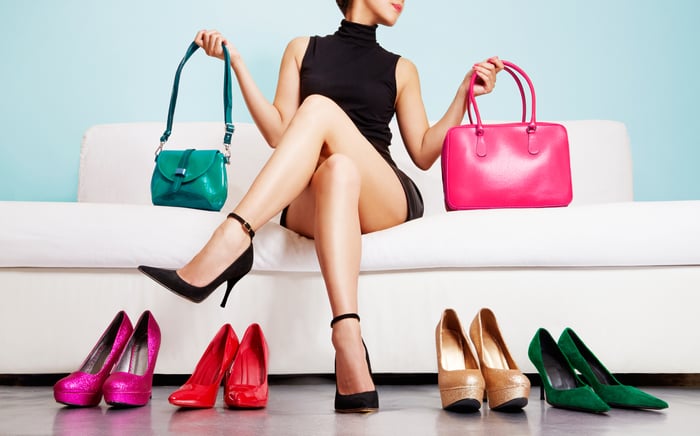 The unwieldy business of conglomerates

Companies like Tapestry and Capri Holdings (CPRI -4.97%) have attempted to create accessible luxury brands similar to the diverse holdings of European fashion houses like LVMH, but have come up short.

Although Coach's own sales have steadily grown, Kate Spade, which was acquired in 2017 for $2.4 billion, has struggled to gain traction, with comparable store sales falling yet again last quarter, down 4%, even with a 300 basis point benefit from e-commerce sales. Shares of Tapestry are down 45% over the past year.

Similarly, Capri Holdings, which owns Michael Kors, Versace, and Jimmy Choo, has seen its stock fall 54% during the last 12 months.

Zeitlin maintains there are still attractive growth opportunities for all three brands, but he looks "to continue to build on the power of the Coach brand to delight our customers." Schulman has led Coach since 2017.