This is the first confirmed case of an outside merchant licensing the company's "just walk out" technology.

Amazon.com (AMZN -2.49%) and privately held airport shop operator OTG announced today that the "just walk out" technology that has been featured in Amazon Go stores for the past two years will be coming to an airport near you. OTG said the system will debut at its CIBO Express Gourmet Market at Newark Liberty International Airport in Terminal C on March 16. Other locations at Newark Airport, as well as at New York's LaGuardia Airport, will be adding the technology soon. 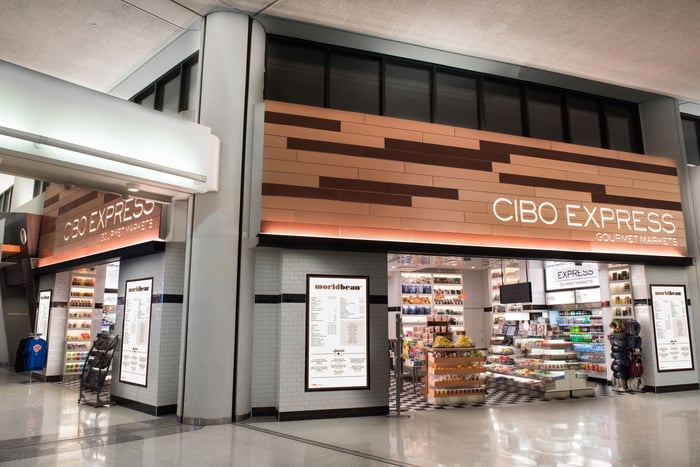 The system will allow shoppers to swipe their credit card at a gated turnstile in order to enter the store. Once inside, the technology uses cameras equipped with computer vision, a variety of sensors, and artificial intelligence to track the customers as they make their way through the store, while running a virtual register tape of the items they take from shelves. Once the shopper leaves the store with their purchases, their credit card will be charged, without the need to scan items or checkout with a cashier.

Numerous reports had emerged in recent months that Amazon was in talks with a variety of retailers, including stadium concessions, movie theaters, and airport shops, to sell or license its cashierless platform to merchants -- but this is the first time such a deal has been confirmed. Amazon opened its first full-size grocery store late last month, the latest step in showcasing its technology.

Amazon announced earlier this week that it had signed deals with "several" customers to date, but declined to identify the merchants or discuss the terms of any deal. The company also launched a website to highlight the benefits of using its tech.