Please ensure Javascript is enabled for purposes of website accessibility
Log In Help Join The Motley Fool
Free Article Join Over 1 Million Premium Members And Get More In-Depth Stock Guidance and Research
By John Rosevear - Mar 11, 2020 at 11:27AM

The company will try to maintain production while controlling the virus's spread.

Fiat Chrysler Automobiles (FCAU) is temporarily halting production at some of its factories in Italy and will make changes to production methods in response to the outbreak of novel coronavirus in the country.

FCA, formed from the merger of Italian automaker Fiat and U.S. automaker Chrysler, has extensive operations in Italy. Many are in and around Fiat's traditional home city of Turin, not far from the epicenter of the epidemic in northern Italy.

FCA said that four of its factories will be shut down for a few days each in order to implement production changes that will allow workers to be stationed further apart, to reduce the possibility of transmitting the virus. 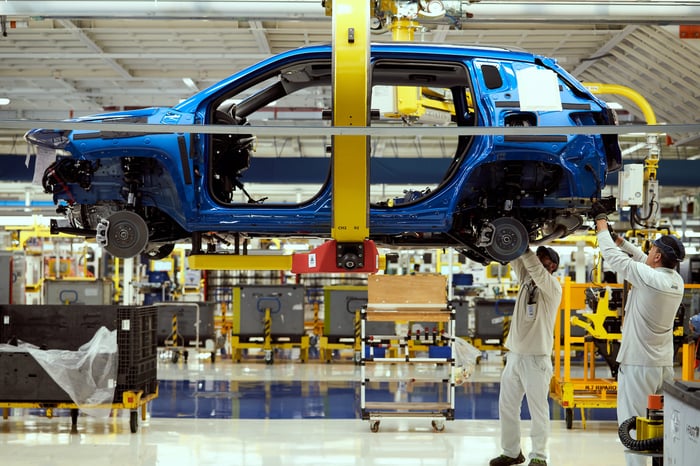 A Jeep Compass moves down the production line at FCA's Melfi factory, one of four Italian plants that the company is shutting down temporarily to implement coronavirus measures. Image source: Fiat Chrysler Automobiles.

The company said that is stepping up virus-control measures at all of its Italian facilities, including intensive disinfecting of work and rest areas and increasing space between workers.

The latest measures build on virus-control actions that FCA has been taking in Italy since the beginning of the outbreak in mid-February. Office-based employees are already encouraged to work from home when possible, and FCA has increased the distance between seats in its offices and company cafeterias.

The company does not expect these measures to have a significant impact on its overall production rates.

FCA will report its first-quarter earnings results on May 5.