Please ensure Javascript is enabled for purposes of website accessibility
Log In Help Join The Motley Fool
Free Article Join Over 1 Million Premium Members And Get More In-Depth Stock Guidance and Research
By John Ballard - Mar 12, 2020 at 10:06AM

No matter what the markets are doing, you can always find interesting stock ideas by checking the activity of professional money managers.

It's a crazy time for the markets. Fears over the novel coronavirus pandemic have caused a sharp sell-off of a broad range of equities, but some stocks have fallen like it's the end of the world. The number of COVID-19 cases looks serious, but the data also shows how irrational the market's reaction has been.

As of Thursday morning, there had been nearly 128,000 confirmed cases worldwide and more than 4,700 have died, according to Johns Hopkins University. That's a mortality rate of roughly 3.6%, and those that have died tend to be elderly or have compromised immune systems. It's an awful situation, but this is not the Black Death; this is the time to buy stocks at better prices.

It's a safe bet that the world's best investors are not selling stocks. They are looking at the same information, thinking about the long-term growth potential of their favorite companies, and adding shares where they see the best deals. These are the times that made Warren Buffett a very wealthy dude.

We won't know what professional money managers have bought in the first quarter until a few months from now. But the latest 13-F filings with the SEC show that a few investing gurus were buying shares of CarMax (KMX 2.42%), Alphabet (GOOG -0.27%) (GOOGL -0.21%), and Texas Instruments (TXN -3.33%) in the fourth quarter. Here's why. 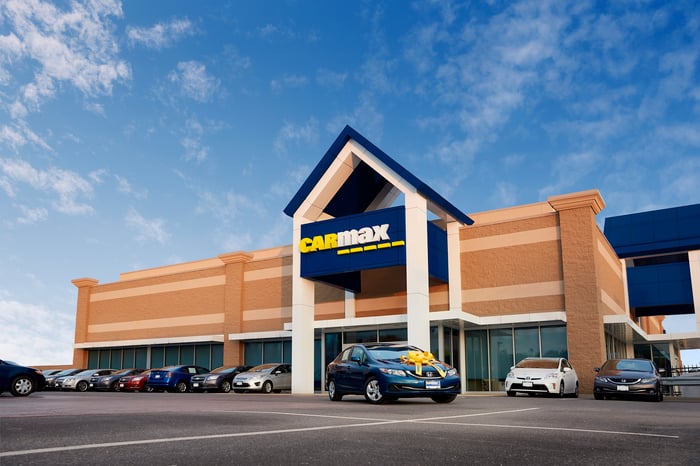 Chuck Akre is the manager of the Akre Focus Fund, which generated a return of 16.7% annualized from inception in August 2009 through December 2019. That beat the return of the S&P 500 index by a few points per year. As that record shows, Akre knows how to pick winners.

One of his larger holdings that he was buying last quarter was CarMax. The stock didn't perform all that well over the last five years but has recently started to rebound as it benefits from a more favorable used-car sales environment. Net sales were up in the low double digits in the third quarter, driven by an 11% year-over-year increase in used-car unit sales.

Management attributed the results to better execution, such as acquiring cars at better prices for resale, as well as investments in the digital car-buying experience that CarMax has been working on. CarMax faces competition from Carvana, but it has seen successful results rolling out its own express pickup and home delivery offerings across the country.

Analysts expect CarMax to grow revenue and earnings by 10.4% and 7.7%, respectively, in 2020. Earnings have been pressured due to investments in the omnichannel, particularly increased spending on marketing to build awareness for the new digital offering. But clearly Akre believes these investments are going to pay off with rising earnings over the long haul.

The stock looks relatively undervalued compared to the broader market, trading at just 16.6 times trailing earnings. CarMax can likely grow for a long time. Even though the company is the largest retailer of used vehicles and has been around for many years, it commanded a market share of just 4.4% of new to 10-year-old vehicles in calendar 2018.

2. Alphabet: One of the best deals in tech

Alphabet is one of the most widely owned stocks among professional money managers. Two highly respected investing gurus were adding to their positions last quarter: Thomas Russo of Gardner Russo & Gardner and Tom Gayner, who serves as chief investment officer at Markel.

Russo reportedly beat the S&P 500 index by 4.7 percentage points per year from 1984 through 2011. Meanwhile, Markel's equity investments have outperformed the broader market by one percentage point per year for over 30 years.

Both investors like to invest in strong companies that can deliver sustained growth for many years. Alphabet is certainly strong financially. It generates more than $50 billion in cash from operations and is still growing revenue at high double-digit rates every year. Most of its cash is generated from online advertising, but the company is seeing its non-ad businesses grow faster.

Google Cloud grew revenue by 53% in 2019 and made up 5.5% of Alphabet's total revenue. But the Google Cloud Platform (GCP), which includes infrastructure and data analytics services, is growing even faster, as growth in GCP accelerated from 2018 to 2019.

Google spent $23.5 billion on capital expenditures last year, with a lot of that going toward land and buildings for massive data centers and information technology infrastructure to support the long-term growth of the business.

Even with those large sums being spent every year, Alphabet has a fortress-like balance sheet. It ended the year with $119 billion in cash and short-term investments with only $4.5 billion in debt.

Google is one of the most recognized brands in the world, it's enormously profitable and still growing fast. Plus, the stock is more attractively valued than some of its technology peers. For example, while Amazon trades at 26 times its cash from operations per share, Alphabet trades at just 16 times. 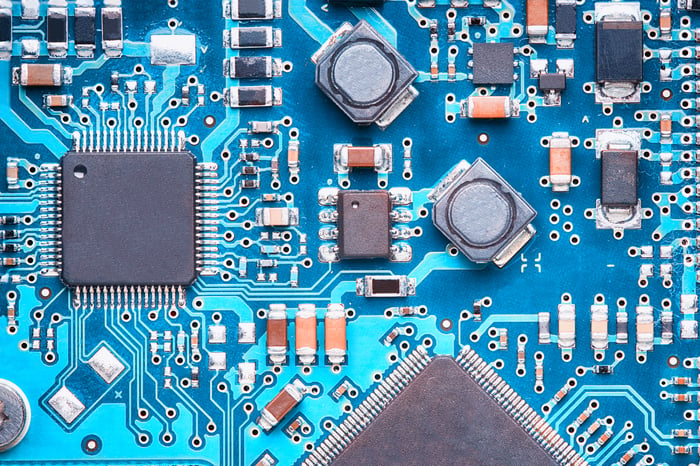 Another stock Gayner likes is Texas Instruments. TI has been dealing with a soft demand environment for its analog and embedded processors over the last year. These products make up 92% of its business. Revenue and earnings are down, but the fourth quarter showed an improving trend with a reduced rate of decline for its key markets, which may be an early sign that the business is turning around.

TI is dominant at what it does. It has 100,000 customers across various industries and makes processors for tens of thousands of products, including vehicles and personal electronics. But the automotive and industrial markets made up 57% of revenue last year, and management sees a long-term secular growth trend in these two markets.

TI has a culture of pushing the boundaries of efficiency. It is currently phasing out older, less profitable wafer capacity in order to build new factories for the new 300-millimeter wafers that are more efficient and generate a higher gross margin.

Higher margins will only turn TI into a bigger cash machine over time. Last year, 40% of revenue was converted into free cash flow that management used for dividends and share repurchases.

Management reported on its fourth-quarter conference call that the supply and demand dynamics are coming into a better balance, which means a return to growth is likely not too far away. Analysts currently anticipate revenue to be down 0.5% this year. Earnings per share are expected to fall to $5.12, but that is only slightly down from $5.24 EPS last year. Looking ahead to 2021, revenue and earnings are expected to increase by 7% and 13%, respectively.

Gayner probably likes TI for all of those reasons and is taking advantage of the soft business conditions to acquire shares before revenue starts growing again. When the semiconductor industry was healthy in 2018, the shares traded at a price-to-free cash flow ratio above 25, but now investors can buy the stock for 18 times free cash flow. TI also pays an above-average dividend yield of 3.04%.