Please ensure Javascript is enabled for purposes of website accessibility
Log In Help Join The Motley Fool
Free Article Join Over 1 Million Premium Members And Get More In-Depth Stock Guidance and Research
By Alison Healey - Mar 12, 2020 at 8:33AM

First Solar's management highlighted a few bright spots and tried to explain away the negative on its Q4 earnings call.

First Solar (FSLR 0.68%) had a rough fourth quarter, disappointing some investors with a loss. On its Q4 conference call, the company's management affirmed confidence in its products, highlighted the negative impact of delayed asset sales, and attempted to assure investors its financial condition will improve. 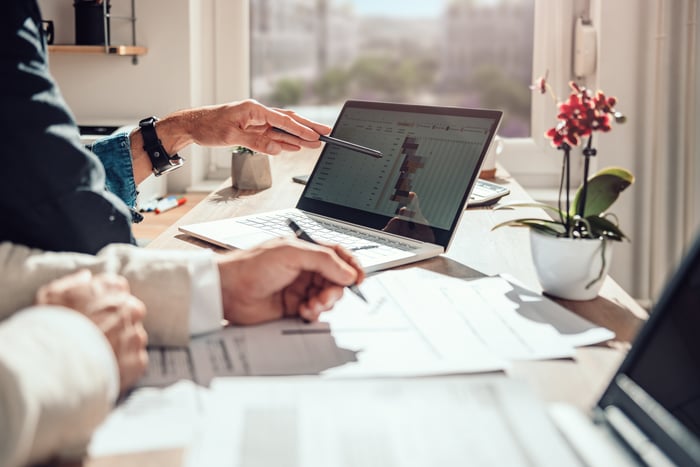 Hopes are high for new modules

First Solar has been putting a great deal of effort into upgrading from its Series 4 module to a Series 6, a thin-film solar panel that is capable of producing up to 420 watts or more, compared to the 120 watts of the Series 4.

First Solar already has a backlog of customers waiting for the new modules. "With regards to bookings, we are effectively sold out through 2020, and are approximately two-thirds sold out to the midpoint of expected supply in 2021," said Chief Executive Officer Mark Widmar. "In addition, we have approximately 2 gigawatts sold into 2022 and beyond."

Asset sales are hard to predict

First Solar has been trying to sell Ishikawa, Miyagi, and Hanamizu projects in Japan and did not close the deal in the timeline expected. The company said on its earnings call that it planned to sell the assets to a "private fund vehicle" in 2019, but the project was impacted by Typhoon Hagibis, which hit the region in October.

While the site wasn't damaged too bad, it was enough to keep the sale from closing and negatively impacted Q4 earnings. The company also anticipated a sale of 40 megawatts of assets in India, but that sale also experienced a delay. These sales should be final in 2020 and will contribute to earnings this year, Bradley said.

On the call, management said the company expects its "fleetwide cost-per-watt" to decline approximately 10% from 2019 levels over the course of this year. The company also anticipates a corresponding increase in gross margin, according to Bradley. Gross margin is expected to increase to a range of 26% to 27% from 24% in 2019, he said, but the boost continues to be tempered by the costs of switching from Series 4 to Series 6 production and starting up new factories. First Solar has also worked to improve module efficiency through copper replacement in a program it refers to as CuRe.

Beginning with watts per module, increased module wattage through our previously discussed R&D efforts and the CuRe program leads to a significant cost per watt reduction. Secondly, over the mid term, we see the potential to increase throughput by approximately 30% to 35%, which provides a fixed cost dilution benefit. Thirdly, we are targeting an increase in manufacturing yield from approximately 95% today to a mid-term run rate of approximately 98%, which provides a direct benefit to fixed and variable cost. Fourthly, we see mid-term opportunities to reduce variable build material cost of between 20% and 30%, primarily across glass and aluminum.

Should investors be consoled?

First Solar's Q4 and full year loss was not anticipated by some investors despite its January warning that a newly settled lawsuit could negatively impact results. . The company's share price may be reflecting some of this investor displeasure, as it is down nearly 30% this year. However, the company's significant backlog of orders for its new Series 6 modules is a bright spot, and may serve to cement the company's role as a key player in the renewable energy supply chain for the next few years. Management is also staying focused on asset sales, so the delayed deals that hurt earnings this time should eventually close and positively impact earnings in a future quarter. More concerning for a long-term investor, however, is the company's failure generate a return for investors after operating for 20 years. Before deciding to invest, investors would be wise to hold out for more information on whether the company can turn new module sales into improved profits and whether the company plans to distribute those gains to shareholders.