The company's flagship theme park and its neighbor will temporarily shut down starting on Saturday.

In the latest high-profile business shutdown due to the SARS-CoV-2 coronavirus and the COVID-19 disease that results from it, Walt Disney (DIS -1.13%) is temporarily closing Disneyland and its neighboring theme park, California Adventure.

The sprawling entertainment company announced Thursday after market hours that the parks will be closed starting this Saturday, March 14 until the end of the month. The hotels located on the grounds are also going to be shuttered. This will occur on March 16, in order for those staying there to make alternate arrangements. 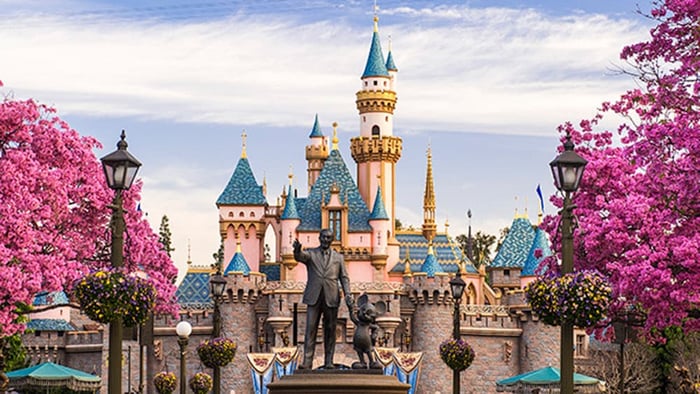 "Disneyland Resort will work with guests who wish to change or cancel their visits, and will provide refunds to those who have hotel bookings during this closure period," Disney said in the official statement on the shutdown posted on its website. "We anticipate heavy call volume over the next several days and appreciate guests' patience as we work hard to respond to all inquiries."

The company added that it "will monitor the ongoing situation and follow the advice and guidance of federal and state officials and health agencies." Disney said that there have been no reported cases of the disease at Disneyland Resort, the official name of the Anaheim, California complex that contains Disneyland, California Adventure, and the affected hotels.

Disney said it would continue to pay its "cast members" -- as it terms park employees and workers at its Disney Store retail outlets -- during the shutdown.

Earlier this year, the company enacted similar shutdowns of its parks in Shanghai, Hong Kong and Tokyo.

Disney stock, a consumer goods mainstay due to the company's powerful position in the entertainment industry, fell by almost 13% on Thursday.