The snack giant believes it can accelerate the growth at Rockstar Energy Beverages.

On Wednesday, PepsiCo (PEP -0.04%) announced it had agreed to acquire Rockstar Energy Beverages for $3.85 billion. The news comes as Pepsi and rival Coca-Cola (KO 0.29%) have been trying to expand more into non-sugary sodas in recent years to keep up with shifting consumer preferences, which has weighed on the performance of consumer staples stocks.

Pepsi has distributed Rockstar's beverages in North America since 2009, but now the snack food giant has its own in-house brand to make more of a splash in the growing energy drink market. Pepsi's portfolio of energy drinks now includes Rockstar, Mountain Dew Kickstart, GameFuel, and AMP. 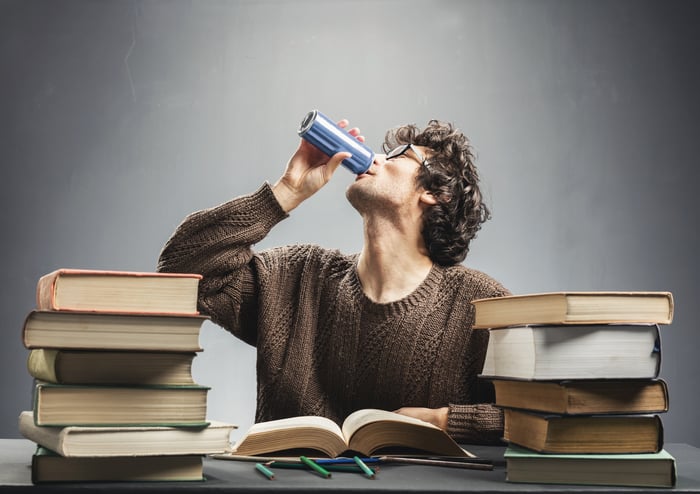 Rockstar should benefit from Pepsi's extensive expertise in marketing its massive brand portfolio to "accelerate Rockstar's performance," as Pepsi CEO Ramon Laguarta said in a press release. He added, "Over time, we expect to capture our fair share of this fast-growing, highly profitable category and create meaningful new partnerships in the energy space."

However, Rockstar has seen its market share fall in recent years, so Pepsi will have its work cut out to narrow the gap with Monster Beverage (MNST -0.70%), which has a distribution agreement with Coca-Cola and has seen sales steadily rise.

This is the first major step Pepsi has taken under Laguarta to expand its presence in energy drinks. In December 2018, PepsiCo acquired all the outstanding shares of SodaStream, the do-it-yourself sparkling water maker, for a price tag of $3.3 billion.

The Rockstar acquisition is expected to close in the first half of 2020 but has to get regulatory approval first. PepsiCo doesn't expect the transaction to materially impact revenue or earnings in 2020.