Please ensure Javascript is enabled for purposes of website accessibility
Log In Help Join The Motley Fool
Free Article Join Over 1 Million Premium Members And Get More In-Depth Stock Guidance and Research
By Billy Duberstein - Mar 13, 2020 at 10:59AM

It appears the Chinese government’s lockdown policies have worked. The U.S. may be following its lead -- finally.

While the COVID-19 coronavirus is spreading within the United States, leading to lots of unsettling news, a way past the crisis appears to have been laid out where it was first identified in Wuhan, China. On Jan. 23, the Chinese government effectively shut down Wuhan and Hubei province, forbidding people to travel outside of their homes, and building makeshift hospitals in a matter of days.

In the U.S., various states are now implementing emergency measures, and this is making market participants uneasy. On Thursday, U.S. stock markets sold off more than any other day since the crash of 1987.

Though the COVID-19 disease is just hitting much of the Western world in force, there was further good news out of China on Thursday, leaving some medical officials optimistic that the pandemic will end in a few months. Moreover, the current U.S. policies, though seemingly harsh, should help get America toward a similar result. 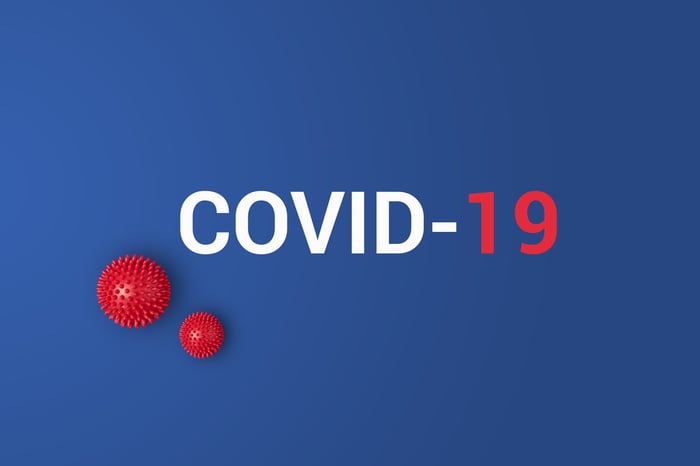 New China cases down to 15

On March 11, China reported only 15 new cases, eight of which were in Hubei province, where the initial outbreak occurred. This is the lowest new-case daily figure since the outbreak began. It was also down from 24 cases on March 10, which had been a slight uptick from 19 the day before. National Health Commission spokesperson Mi Feng said, "Broadly speaking, the peak of the epidemic has passed for China."

The positive sentiment was echoed by China's senior medical adviser, Zhong Nanshan, who was instrumental in combating SARS in 2003. On Wednesday, he said that he believes COVID-19 will run its course globally by June of this year, because he has observed that the reinfection rates within China have been low so far. Thus, as more and more people eventually get exposed, there will be a time when the disease will have largely run its course.

The 10- to 14-week time line was echoed by U.K. officials on Thursday, even as authorities said that there could already be 10,000 cases in the country, above the 590 confirmed cases thus far.

New draconian measures in the U.S.

In contrast to China and South Korea, which has also done a commendable job of containing the virus with widespread testing, the U.S. has been late in attacking the virus' spread.

But that is now changing. New York City announced a ban on gatherings of more than 500 people, as cases there increased to 328, with 96 confirmed in New York City and 147 in suburban Westchester County, New York.

In the sports world, the National Collegiate Athletic Association cancelled the March Madness basketball championships after initially saying it would only have games in empty stadiums without fans. The National Basketball Association has suspended its season, and that was followed by the National Hockey League and Major League Soccer suspending their seasons as well. Meanwhile, Major League Baseball has postponed opening day by at least two weeks. Likely, it will be longer.

While the canceling of sports events and gatherings might make some people panicky, these are actually prudent first steps to limiting the spread of the virus. As we saw in China, a seemingly overly draconian approach proved effective in limiting the spread of COVID-19, and the country is now down to just a handful of new daily cases. In other words, the more the U.S. and other Western countries shut down public transmission, the sooner we could get through to the other side of the crisis.

Once the cases in the U.S. start decelerating or coming down, that could be an ideal time to pick up bargains among the very highest-quality stocks in the market. There may be some time before that happens, but when it does, it could make for an ideal long-term buy.