Carol Tome will take the reins from David Abney, starting in June.

United Parcel Service (UPS 0.97%) has a new leader. The company announced on Friday that it named Carol Tome as CEO, replacing the current occupant of that office, David Abney. The change is effective June 1.

Tome is a member of the logistics-giant's board of directors and no stranger to the functioning of large companies that are also top stocks in the market. Previously, she was CFO and executive vice president of Home Depot, holding the former post for 18 years. She's been a UPS board member since 2003. 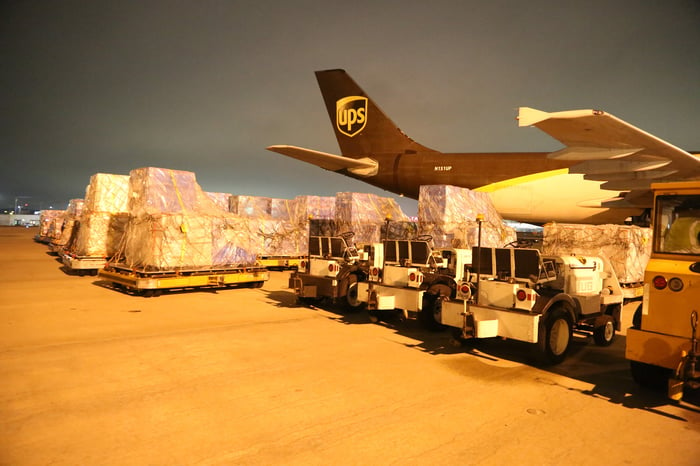 She'll have her work cut out for her, as the fortunes of logistics are tied directly to the health of the economy. And the global economy is bound to be rocked from the effects of the spread of the SARS-CoV-2 coronavirus and the disease it causes, COVID-19.

Abney, who also serves as the chairman of the logistics-giant's board, will continue as CEO until Sept. 30. At that point, he will be replaced by the lead independent board member William Johnson. Abney will vacate the position at that time but stay on until the end of this year with the company as a special consultant. He'll then retire.

UPS said his retention as special consultant is being done "in order to ensure a smooth transition and successful peak season." "Peak season" is the busy end-of-year holiday period.

Abney started at UPS as a package handler, eventually ascending to CEO in 2014. He was appointed chairman in 2016.

The market seemed to be satisfied with the orderly and unhurried transfer of power at the top of UPS. The company's stock closed more than 9% higher in trading on Friday.