In the coronavirus-fueled bear market, Horizon Therapeutics (NASDAQ:HZNP) offers an attractive investment opportunity for healthcare investors. The specialty pharma delivered $1.3 billion in revenue in 2019 from a diverse portfolio of products. More importantly, it posted net income of $573 million or $2.90 per share. The stock has not outperformed the broader market year to date, but there are catalysts ahead that spell a likely change in direction for the company.

Here we'll explore what the future looks like, why investors should get excited for Horizon's prospects, and why buying in at today's price will ultimately be a bargain. 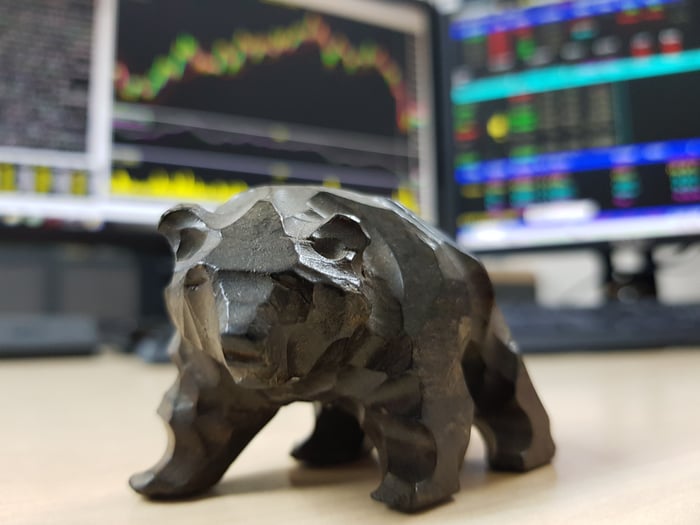 On Jan. 21 the Food and Drug Administration (FDA) approved Tepezza, the first and only FDA approved treatment for thyroid eye disease (TED). Notably, the approval came nearly two months ahead of the drugs PDUFA date. TED, a rare autoimmune disease affecting 15,000 to 20,000 people in the U.S., causes inflammation resulting in bulging of the eyes, known medically as proptosis. This can lead to impaired vision and reduced quality of life. Five times more common in women than men, TED is often more severe in males.

In a phase 3 clinical trial, 82.9% of Tepezza-treated patients saw a reduction in proptosis equal to or greater than 2 mm after 24 weeks of treatment. The average reduction between baseline and week 24 was 3.34 mm with Tepezza was 3.34 mm compared to 0.54 mm for placebo. According to the New England Journal of Medicine which published the trial results, Tepezza's performance is similar to orbital decompression, a complex eye surgery aimed at providing relief.

While Tepezza just began being commercially available, Horizon has been preparing for some time now to bring awareness to patients and doctors. Given as a 60 to 90-minute infusion every three weeks for a total of eight infusions, the commercial team needs to coordinate between infusion centers, endocrinologists, and eye specialists.

Horizon believes this initial year will produce $30 million to $40 million in net sales. With an expected price tag around $200,000 for a full course of therapy, those numbers translate into 150 to 200 patients receiving Tepezza. To me, that sounds low and the company should be able to beat expectations. Horizon even highlighted in a recent presentation that its top 130 targets (ophthalmologists and endocrinologists) manage 4,500 TED patients. If half of those targets prescribe to one patient per quarter, Horizon would achieve more than $50 million in sales.

On the topic of revenue growth, Horizon increased peak sales guidance for Tepezza and the company's gout drug Krystexxa from $750 million to more than $1 billion. Krystexxa posted full year sales in 2019 of $342.4 million, a 32% year-over-year increase and the most revenue of any of Horizon's dozen marketed drugs. Horizon's management thinks Krystexxa sales can triple from here based on the new peak sales guidance.

Company-wide, Horizon guided to $1.4 billion to $1.42 billion in sales and adjusted EBITDA of $485 million to $500 million. The estimate assumes more than 25% growth of Krystexxa and the addition of Tepezza.

Paul Hoelscher, Horizon's EVP and CFO, noted on the earnings conference call that it expects sales of inflammation drug Vimovo to drop below $5 million due to generic competition. Vimovo sales dropped 23% last year to $52.1 million compared with the prior year.

Horizon reported $1.08 billion in cash on its balance sheet at Dec. 31. It expects to make significant investments in the Tepezza launch and pipeline initiatives. The company reduced its debt by $575 million last year and lowered its interest expense by more than 40%. As of year-end, it still had $1.42 billion in senior notes due between 2022 and 2027. If Horizon hits its mark for $1.4 billion in sales this year and grows in the future, then it should be able to manage this debt load.

Horizon's stock trades just above $30 per share currently or a little more than 10 times the earnings-per-share of $2.90. This produces an attractive market cap of only $5.75 billion for a growing pharma company. Institutional investors agree with 91% owning the stock.

Horizon's focus on orphan diseases means patients will need the company's drugs despite the economic climate. Tepezza sales will likely surprise positively which should help to propel the stock. If the stock dips under $30, buy it and forget about it. In a year or two, I think investors will be richly rewarded.