A potential coronavirus treatment called remdesivir entered a clinical trial in February after positive anecdotal reports from the first patients treated with the experimental antiviral. The company that owns remdesivir, Gilead Sciences (NASDAQ:GILD), hasn't released any official data from the ongoing study but we recently received an unofficial preview that's less than encouraging.

A paper describing the first 12 patients with COVID-19 in the U.S. started circulating ahead of an official peer review, and it doesn't look great for remdesivir. While the paper didn't have anything negative to say about efficacy, there were some unsettling safety signals. 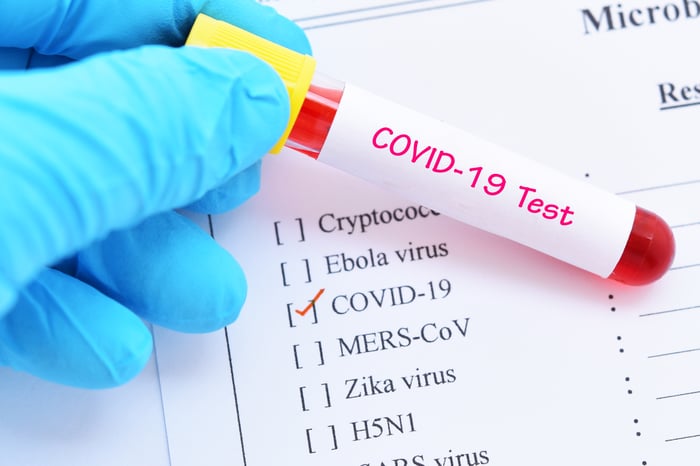 Given the lack of available virus-attacking treatments for COVID-19, some gastrointestinal discomfort isn't such a big deal, but elevated liver enzymes could nail remdesivir's coffin shut.

Too early to judge

While all three experienced gastrointestinal issues, one was complaining of diarrhea before receiving remdesivir. Nothing tanks an experimental new drug faster than elevated liver enzymes, but concentrations among some patients that weren't treated with remdesivir peaked higher than those that were.

Before dismissing Gilead Sciences' experimental antiviral, it's important to understand these are not results from a clinical trial designed to measure safety or efficacy. Among the 12 patients observed, only the three most seriously affected were given remdesivir. That's the exact opposite of the randomization taking place in the ongoing clinical trial.