Please ensure Javascript is enabled for purposes of website accessibility
Log In Help Join The Motley Fool
Free Article Join Over 1 Million Premium Members And Get More In-Depth Stock Guidance and Research
By Prosper Junior Bakiny - Mar 15, 2020 at 8:30AM

Both of these companies are fighting against the COVID-19 pandemic, but which one is the better buy?

COVID-19, the disease caused by the novel coronavirus, has been officially labeled a pandemic by the World Health Organization (WHO). In the U.S., there are now more than 1,200 confirmed cases and at least 29 deaths. Globally, over 100 countries have reported cases of COVID-19, and nearly 5,000 people have died from it. The stock market has been on a rollercoaster ride with the S&P 500 experiencing its worst decline since 1987. However, despite the stock market's recent southbound movements, some companies have performed exceptionally well.

Two such companies are Inovio Pharmaceuticals (INO -3.48%) and Vir Biotechnology (VIR -4.06%), which are up by 122% and 194% year to date, respectively. There is a major reason why both of these companies have performed well of late: They are both working on developing a vaccine or treatment for COVID-19. Any company that manages to successfully develop a way to prevent or treat the rapidly spreading disease may reap serious financial benefits, it is worth wondering which of these two contenders is the better investment option today. 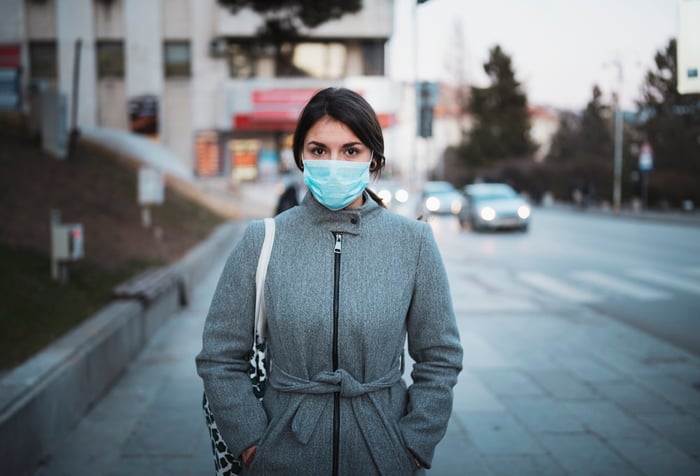 Inovio focuses on developing DNA medicines primarily for the treatment of cancers and infectious diseases. The company claims that its DNA medicines can be delivered directly into the patient's cell and trigger the body's immune response, which can, in turn, target "virus-infected cells." Inovio joined the fight against COVID-19 by creating a potential vaccine -- dubbed INO-4800 -- for the disease. On Jan. 23, Inovio announced that it received a grant of up to $9 million from the Coalition for Epidemic Preparedness Innovations (CEPI) to develop this vaccine candidate.

These funds will support the company in the preclinical and clinical development stages of the process. On Jan. 30, Inovio announced that it was partnering with Beijing Advaccine Biotechnology Co. to further advance the development of INO-4800.

The goal of this partnership is two-fold. First, Beijing Advaccine will run a phase 1 clinical trial of INO-4800 in China at the same time as Inovio goes through the preclinical and clinical phases of the development of the vaccine in the U.S. Second, Beijing Advaccine will seek to attract additional funding to help the process along. Inovio recently announced it was beginning human clinical trials in the U.S. next month.

Beyond its attempt to find a vaccine for COVID-19, Inovio's pipeline includes potential treatments against such conditions as prostate cancer and head and neck cancer. The company's VGX-3100, a potential treatment for precancers and cancers caused by human papillomavirus (HPV), is currently in phase 3 testing.

The case for Vir Biotechnology

Vir Biotechnology focuses on developing treatments or vaccines for infectious diseases. The company's bold vision is that one day, infectious diseases -- which are one of the leading causes of death worldwide -- will be a thing of the past. On Jan. 22, the company announced it was screening its library of antibodies -- some of which had previously been successful at neutralizing other coronaviruses such as Middle East Respiratory Syndrome (MERS) and Severe Acute Respiratory Syndrome (SARS) -- to identify potential antibodies that can be effective against SARS-Cov-2, the virus that causes COVID-19.

Then, on Feb. 12, Vir announced it identified two antibodies with the potential to be effective against SARS-Cov-2. Vir is partnering with other biotech companies to develop a treatment for COVID-19. The company entered into an agreement with China-based WuXi Biologics in its fight against the disease.

Per the agreement, WuXi Biologics "will conduct cell-line development, process and formulation development, and initial manufacturing for clinical development." If the antibodies are approved, WuXi Biologics will have the right to market the treatment in China, whereas Vir will sell it in the rest of the world.

Other than its prospective products for COVID-19, Vir's pipeline includes potential treatments or vaccines for HIV, tuberculosis, and Hepatitis B Virus (HBV). Its most advanced product, which is currently in phase 2 testing, is VIR-2218, a potential treatment for HBV.

However, at this point, both of these stocks are highly speculative. There's no guarantee that either company will develop an effective vaccine or treatment for COVID-19, and even if they do, other companies could do the same, thus eating up some of the profits. Furthermore, neither one currently has any products on the market, and they are both unprofitable. That's why I'd advise against buying shares of either company, as there are far more promising biotech stocks to consider investing in.