Please ensure Javascript is enabled for purposes of website accessibility
Log In Help Join The Motley Fool
Free Article Join Over 1 Million Premium Members And Get More In-Depth Stock Guidance and Research
By Matthew Frankel, CFP® - Mar 15, 2020 at 2:48AM

The asset manager rebounded to end a rough week

The recent stock market downturn has been rough on most sectors, but the financial sector has been one of the worst performers. However, as the stock market rallied on Friday, with the Dow Jones Industrial Average and S&P 500 both higher by 9%, many financial stocks performed extremely well.

Wealth management company Affiliated Managers Group (AMG 1.04%) was one of the standouts, finishing the day up nearly 14%. 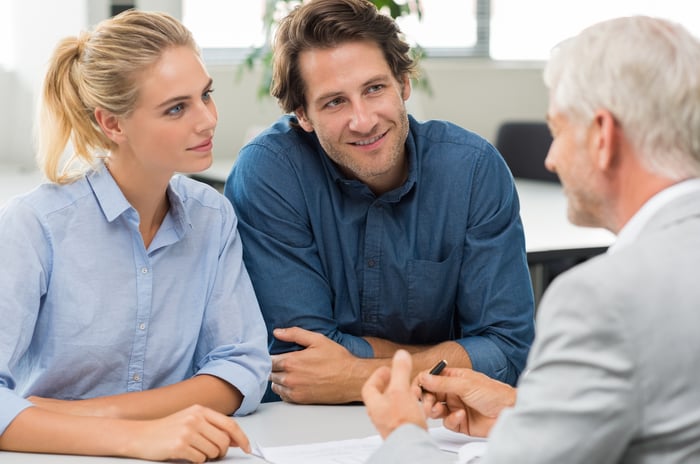 Asset managers stand to lose quite a bit of revenue in a sustained market downturn. For one thing, asset management fees are generally based on a percentage of client assets. If the value of client assets gets significantly lower -- as it would after a stock market crash -- it would translate to lower fee income. For example, a client account with $800,000 would generate 20% less fee income than one with $1 million under most common fee structures.

In a sustained downturn, especially one accompanied by a recession, it's also not unusual for asset managers to see client outflows, meaning that people will pull more money out of their accounts than they're putting in.

As the overall stock market spiked higher on Friday afternoon, Affiliated Managers Group shareholders breathed a sigh of relief that the downturn might not be as deep and long-lasting as originally feared. While it remains to be seen if that's ultimately going to be the case, it's reasonable to expect the stock to be highly reactive to market moves as the coronavirus pandemic unfolds.