Please ensure Javascript is enabled for purposes of website accessibility
Log In Help Join The Motley Fool
Free Article Join Over 1 Million Premium Members And Get More In-Depth Stock Guidance and Research
By Beth McKenna - Mar 16, 2020 at 9:30AM

Remember, qualitative factors can be just as meaningful as quantitative ones and we're just looking at one quarter. However, even with these caveats, the findings from this exercise should help you make investing decisions in the 3D printing space. 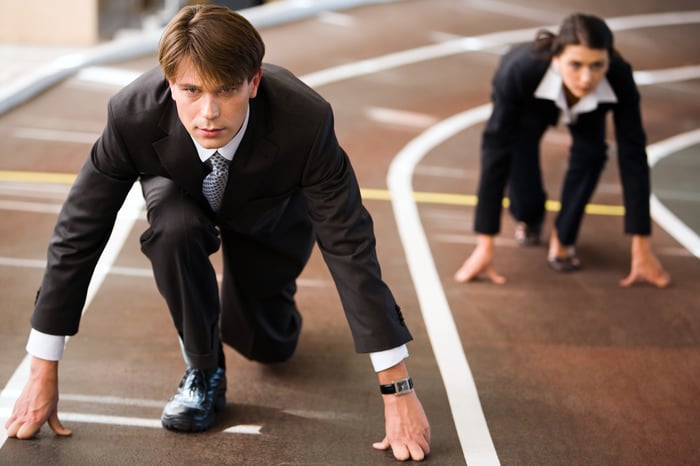 Both companies experienced sizable year-over-year sales declines in the fourth quarter. These declines were very similar percentage-wise, so I'm calling this category a draw.

Both companies cited a soft global macroeconomic industrial environment as the main culprit for their struggles. In addition, 3D Systems also named two other factors: the delay in factory metals printing shipments and the timing of large enterprise customer orders.

Unfortunately, that weak macroeconomic environment they experienced in Q4 is poised to get much weaker due to the COVID-19 pandemic.

Both companies had an unprofitable quarter from a GAAP basis, with their results quite similar. 3D Systems gets this win, however, because its results at least held steady, while its rival's results deteriorated considerably from the year-ago quarter.

Stratasys takes the gold medal here. Its non-GAAP (adjusted) profit per share declined only slightly from the year-ago period, while 3D Systems' results were cut in half.

There's no clear winner here. Stratasys has much deeper pockets than 3D Systems, which gives it a big advantage in acquisitions and the ability to weather prolonged tough times. However, 3D Systems generated cash from its operations in the quarter, while Stratasys used up some cash.

On the third quarter's earnings call, Stratasys CFO Lilach Payorski explained why the company was using cash in its operations this year. (For full-year 2019, Stratasys used $11.2 million in operations, a relatively small amount relative to its cash hoard.) She said it was "primarily due to proactive steps to increase inventory levels to improve fulfillment time and support product demand as well to prepare for new product launches in 2020."

Stratasys spent significantly more money -- both on an absolute basis and as a percentage of revenue -- on R&D than did its competitor.

R&D spending is an investment. It's particularly important for companies in the technology realm to invest in innovation, or they risk obsolescence.

Keep in mind the two caveats mentioned at the beginning of this article: Qualitative factors can be as important as quantitative ones, and we only looked at one quarter's results. Moreover, we didn't look at stock valuations.