Companies are doing everything they can to minimize in-person contact.

Biopharma company Amarin's (AMRN -1.62%) recently approved fish-oil-based drug, Vascepa -- its sole product -- is expected by many analysts to become a blockbuster treatment for people at risk of heart attacks and strokes. However, with the COVID-19 pandemic dominating most people's concerns, the company announced Monday that it would be withdrawing its field sales force until March 30.

The biotech company had originally planned to heavily promote Vascepa in 2020, and had doubled its sales force to around 800 in preparation for the expected sales push. However, many analysts are now expecting that Vascepa sales will flatten or possibly decline in the next quarter or two as COVID-19 holds the attention of patients and physicians, and worries like high triglycerides seem less pressing. 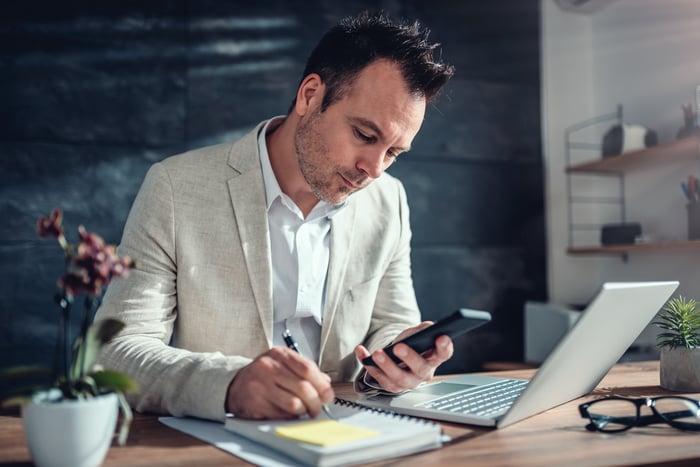 Back in December, the Food and Drug Administration approved Vascepa as an add-on therapy to conventional cholesterol-lowering drugs. Clinical results had shown that patients who took Vascepa had a reduced chance of suffering either a heart attack or a stroke.

Is working remotely the new norm?

Amarin's decision to pull back its sales force appears to be in line with the direction that the rest of the healthcare sector is moving. Pfizer announced Friday that its entire sales force will be working remotely due to COVID-19 concerns. Novartis also asked its workforce in the U.S., Canada, and Europe to work from home for the next three weeks, with the exception of manufacturing workers and R&D lab staff. Bristol Myers Squibb made a similar announcement, asking all employees and contractors who can work at home to do so.