Please ensure Javascript is enabled for purposes of website accessibility
Log In Help Join The Motley Fool
Free Article Join Over 1 Million Premium Members And Get More In-Depth Stock Guidance and Research
By Bram Berkowitz - Mar 16, 2020 at 10:02AM

Brian Moynihan described the battle with coronavirus as a "war."

Bank of America (BAC 5.94%) CEO Brian Moynihan said on Face The Nation Sunday morning that despite major global disruption from the coronavirus outbreak, consumer spending as of March 15 is still up 10 percent year over year.

However, Moynihan immediately added that Bank of America's research team is also downgrading U.S. GDP growth to 1.2%, a half-point reduction from original projections of 1.7% made several months ago by the bank.

"Right now, it hasn't had the impact people think," Moynihan told Face The Nation host Margaret Brennan, referring to the virus' impact on the economy. He added, "You'll have growth in the first quarter, then it'll go down, you know, maybe flat." 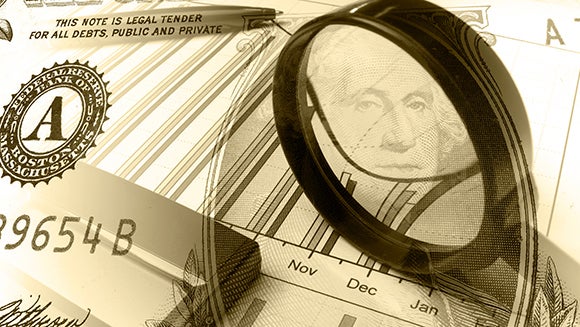 As Brennan expressed surprise over some of the numbers, Moynihan said the conflicting sentiment is a matter of different markets being at different stages of the virus. While the U.S. prepares to enter what could soon be a recession, China appears to be recovering.

"One of the things we look at is what's happening in China. We talk to our clients in China, and we had teammates in China, in Hong Kong and places like that. This was an issue in January of social distancing and separation. 80% of employees are back to work," he said. "... I'm talking about clients of ours who employ [workers], have factories in China are back -- 60, 70, 80%, which is good news because the supply chain of goods is there."

Moynihan also said America's second-largest bank is treating coronavirus as a natural disaster. Like in other natural disasters, that means the bank will defer payments on mortgages and other loans for people impacted by the virus.

The comments come as investors and analysts try to piece together what banks' balance sheets will look like come first-quarter earnings.

The Federal Reserve has intervened several times already by slashing rates and injecting $1.5 trillion through the repo market in order to shore up liquidity. Just hours after Face The Nation aired, the Fed cut rates basically to zero and began its quantitative easing program again. Moynihan said before that, however, that there needs to be a coordinated and unified monetary approach.

"The package of things to do are all known," he said. "And the question is doing it at the appropriate time, and more importantly, all the central banks around the world to have the same impact."

All this said, Moynihan, like other experts, said coronavirus, although very scary, would have a short-term effect on the economy in the broader scheme of things.

"This is a war. We're in a war to contain this virus," he said, adding: "You can't forget that this is a healthcare crisis, and [if] we [take] care [of] that, the economic issues will go away quickly."