Please ensure Javascript is enabled for purposes of website accessibility
Log In Help Join The Motley Fool
Free Article Join Over 1 Million Premium Members And Get More In-Depth Stock Guidance and Research
By Donna Fuscaldo - Mar 16, 2020 at 11:10AM

Microsoft's Teams chat and video conferencing tool suffered a two-hour outage Monday, appearing to crack amid a surge in usage as the world begins working from home due to the COVID-19 outbreak.

Demand for Microsoft's (MSFT 3.42%) collaboration and chat tool Teams has been surging ever since COVID-19 first broke out in China, but with the world on lockdown and companies across the globe embracing remote work arrangements, Teams is feeling the pressure. 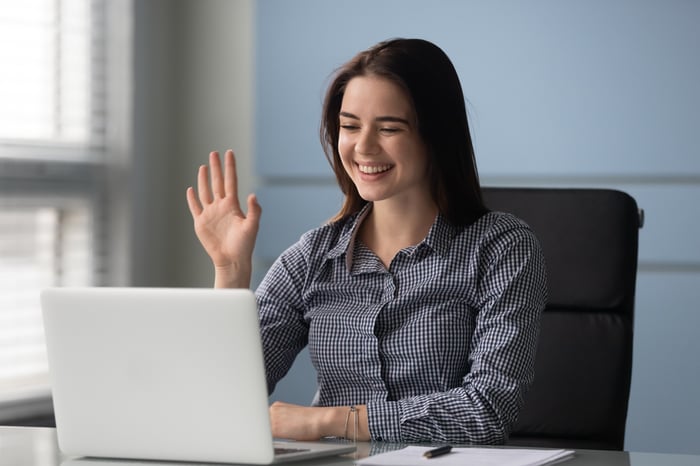 On Monday, Teams suffered a two-hour outage in Europe just as Europeans headed to their home offices to begin what could be weeks of working outside the office. The surge in demand was apparently too much for Microsoft to handle. Workers trying to log on were met with difficulties and they had a hard time sending messages once they were able to log in.

Microsoft was able to fix the problem quickly. Downdetector, a Website that tracks outages, reported complaints peaking around 7:00 a.m., which were resolved by 10:00 a.m. On Twitter, Microsoft said the problem had been "mitigated."

The issues Microsoft Teams faced Monday morning underscore the problems companies around the globe are running into as they mandate employees work at home amid the COVID-19 pandemic. With the number of reported cases surging to 174,614 over the weekend, the world is changing how they work and play.

Microsoft's Teams, rival Slack (WORK), Alphabet's (GOOG 5.20%) (GOOGL 5.11%) Google Hangouts and Zoom (ZM 4.22%), the video conferencing company, have all seen increased demand for their digital collaboration tools. Since the end of January Microsoft said Teams usage is up 500% in China. Usage is also spiking in the U.S. and Europe. To help amid the COVID-19 outbreak Microsoft announced last week Teams is now free to anyone who has an email address. https://www.businessinsider.com/microsoft-teams-increase-usage-china-coronavirus-remote-work-2020-3