Please ensure Javascript is enabled for purposes of website accessibility
Log In Help Join The Motley Fool
Free Article Join Over 1 Million Premium Members And Get More In-Depth Stock Guidance and Research
By Daniel B. Kline - Mar 16, 2020 at 9:18AM

All the major theme park players have shut down.

SeaWorld Entertainment (SEAS 0.56%) has decided to close all of its theme parks through the end of March. The company followed Walt Disney (DIS 0.17%) and Comcast's(CMCSA 0.92%) Universal Studios in shutting down operations for at least a few weeks.

"During this temporary closure, essential personnel and animal care experts will continue to look after the health, safety and nutritional needs of the animals in our care," the company's CEO Serge Rivera wrote in a letter obtained by the Orlando Sentinel. 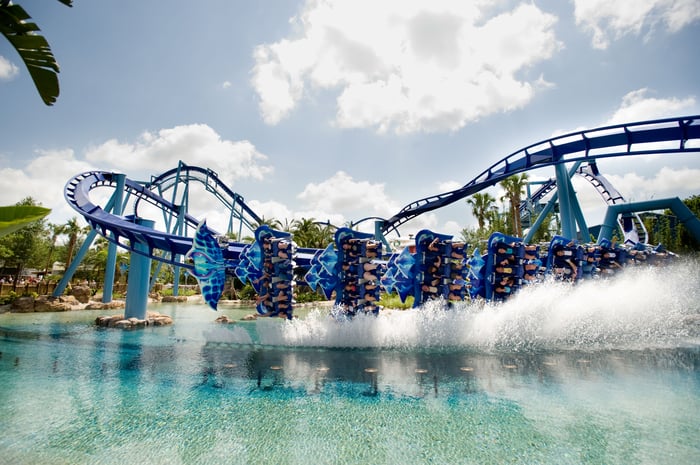 SeaWorld has closed its parks at least through the end of the month. Image source: SeaWorld.

There are some pretty major differences between SeaWorld and its theme park rivals. Theme parks are only a portion of the business for Comcast and Disney. Both of those companies will lose significant revenue due to the closures but they're well positioned to weather the storm even if it lasts longer than the end of March.

SeaWorld is not in as strong a position. It made about $90 million in 2019 but lost $24 million in its most recent quarter.

Shutting down will cost the company money in the current quarter and in the longer term. Annual passholders, for example, will have their passes extended by the length of the closure. That will push renewal money further down the road for SeaWorld.

Whenever normal travel returns -- and that could be two months from now or longer -- Disney and Universal Studios will quickly ramp back up. SeaWorld may face a longer impact given that it's already sort of the third choice for most consumers. That may not push the company into bankruptcy, but it's going to force continued austerity maneuvers that may greatly slow its turnaround efforts.