Shares of the sportswear giant tumbled after announcing store closures in much of the world over the weekend.

Shares of Nike (NKE 2.49%) were plummeting today along with the broader market as the world's largest sportswear company said on Saturday that it would close stores in North America, Western Europe, Australia, and New Zealand through March 27 in order to limit the spread of the coronavirus.

The news came as a number of other retailers like Apple and Under Armour made similar moves, while some retail chains reduced operating hours. Nike's decline was in line with the S&P 500 today, which crashed as the COVID-19 outbreak continues to expand in the U.S., forcing closures of schools and businesses, and hammering the consumer economy. 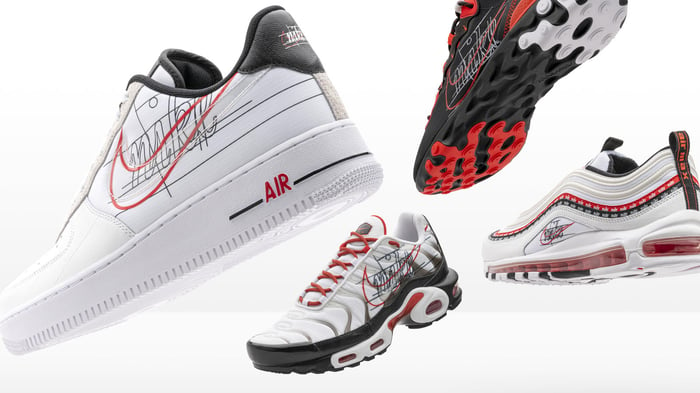 Nike noted that its stores in Japan, South Korea, and most of China are still open, but it's clear that the company, one of the world's biggest consumer brands, is going to take a financial hit. The consumer discretionary sector is particularly vulnerable to the coronavirus pandemic as consumers in much of the world are being asked to stay at home in order to help control the spread of the disease. In other words, sales across brick-and-mortar retail, with the exception of essentials like food, are likely to fall sharply in the first half of the year. Meanwhile, the cancellation of basically all college and professional sports for the foreseeable future also limits the brand's visibility.

Nike should be in a better position than many of its competitors as the company is highly profitable, has a solid balance sheet, and is a well-known brand that will endure past the current crisis. The company has also made significant efforts to build its own direct-to-consumer sales pipeline, which include the SNKRS and Nike apps, where it has seen strong growth in recent quarters.

Nike stock is now down 32% since the coronavirus-related sell-off began, roughly in line with the 28% drop in the S&P 500. Though Nike's bottom (as well as the market's) could be months away, the stock should be a good buy on a recovery. One of the perks of a bear market is that it allows investors to snatch up high-quality companies at discount prices.