The next few quarters could be the most challenging in the entertainment company's history.

Disney (DIS -1.20%) has reportedly delayed Black Widow from its planned May 1 release to an unknown date. The Centers for Disease Control and Prevention is recommending people refrain from social gatherings of more than 10 people, and that has led movie theaters to temporarily shut down across the country, which will hit Hollywood hard in the short term.

Black Widow was expected to bring in between $90 million to $130 million on its opening weekend alone, according to Box Office Pro. Studios have announced several other major film postponements recently, including Disney's live-action Mulan and the latest James Bond movie, No Time to Die. 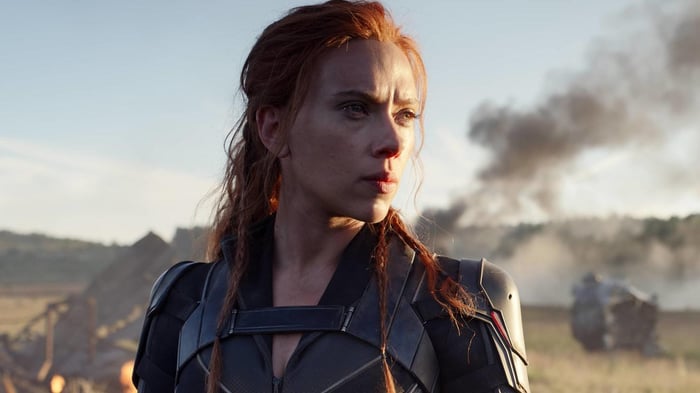 Disney is getting pummeled

Disney's Marvel Cinematic Universe has been a massive cash cow for the company over the last decade, and those comic book films helped make it one of the most profitable movie makers in Hollywood. In its fiscal 2019 (which ended in September), Disney's studios segment brought in over $11 billion in revenue, with Avengers: Endgame generating $2.8 billion in box office receipts. The segment contributed $2.7 billion in operating income to Disney's entertainment empire last year.

But that empire is under siege from the novel coronavirus. Disney has closed its theme parks, as well as its retail stores, hotels, and the Disney Cruise Line.

Combined revenue from parks, experiences, products, and studios totaled $37 billion in fiscal 2019, and contributed nearly two-thirds of Disney's profits. Its sales and earnings will almost certainly fall in 2020 compared to last year.