The entertainment leader made a smart decision, but 2020 is going to be very tough for the company.

After shutting down Disneyland, Disney World, Disneyland Paris, and Disney Cruise Line operations last week, Disney (DIS 3.69%) announced on Monday it would make additional closures. The entertainment giant will cease all store operations in North America on Tuesday, and all of the company's Disney World hotels are set to close Friday.

The upcoming closure for Disney World hotels follows the company's move to shut down hotels at its Disneyland park in Anaheim, California on Monday. It's not clear when Disney's parks, stores, and hotels might reopen, but the closures will have a big effect on the company's performance this year. 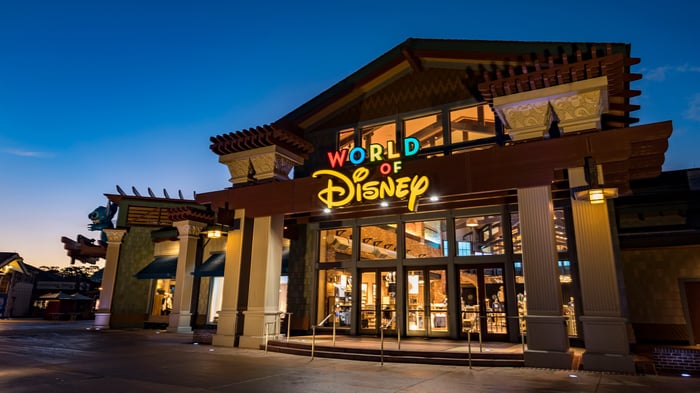 Stopping operations at parks, hotels, and stores is a sensible, responsible move amid the ongoing novel coronavirus outbreak and in light of the CDC's guidelines to avoid hosting gatherings of more than 50 people. However, it's now clear that Disney's parks and resorts segment is on track for a dramatic sales decline this year, and the entertainment giant may not get much relief from its other businesses.

Disney's parks and resorts segment contributed 37.7% of revenue and about $6.76 billion of the company's roughly $14.87 billion in operating income last fiscal year. Even if shut downs for key parks, cruise, and hotel operations proved to be surprisingly brief, the effect on the segment will make it hard for Disney to grow sales and earnings this year.

Unfortunately, it looks like the business's other core segments will also be affected by the novel coronavirus and the related COVID-19 respiratory illness. Film and television productions are being delayed, mandatory movie-theater closures and coronavirus concerns are crushing the global box office, and cancellations for sports leagues and other events will be a significant drag on the company's media networks segment.