Amazon.com (AMZN -2.15%) made headlines with the news that it was hiring 100,000 workers to help with the crush of demand during the coronavirus outbreak. But it's not the only business seeing a massive surge from consumers.

Grocery stores have been inundated with shoppers panic-buying groceries and essentials, leaving many shelves bare. Chains such as Albertsons and its Safeway unit, Kroger (KR 0.02%), and even Costco Wholesale (COST -0.55%) are looking to hire more workers, sometimes numbering in the thousands. 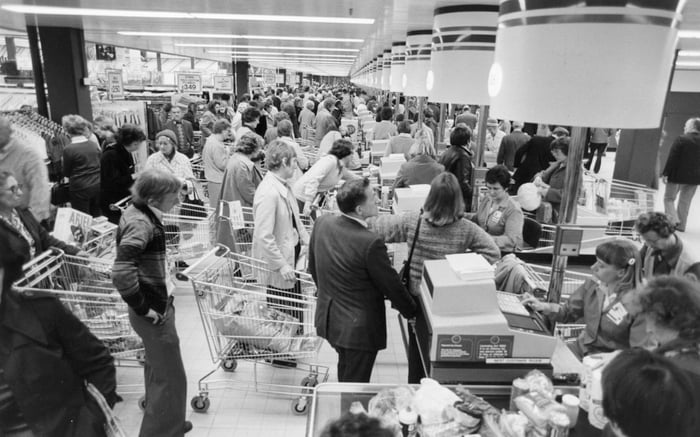 There are immediate positions available for both part-time and full-time workers across the supermarket industry for the influx of shoppers who, the supermarket CEOs told President Trump in a conference call on Sunday, were buying three to five times the normal amount of goods they usually purchase.

They asked the president to tell the public to stop hoarding. He later told the public, "there's no need for anyone" to bulk purchase basic items. Still, grocery stores are looking for people to stock shelves.

Albertsons and Safeway reportedly have 2,000 "immediate" openings to fill in the western Washington state area, while its Tom Thumb division in Texas and Louisiana is looking to hire some 4,000 workers. H-E-B in Texas is also looking for workers for 60 days, though a permanent position could be offered afterwards.

One Costco in Los Angeles reported had 1,300 people waiting to get in when the store opened, and was looking to hire dozens of more people to help meet demand. Walmart (WMT 0.16%), which cut store hours to allow workers to restock and sanitize, says it doesn't need more employees.