Please ensure Javascript is enabled for purposes of website accessibility
Log In Help Join The Motley Fool
Free Article Join Over 1 Million Premium Members And Get More In-Depth Stock Guidance and Research
By Keith Speights - Mar 17, 2020 at 9:52AM

The future doesn't look as bright as the past, at least for now.

HealthEquity (HQY -2.44%) was on a roll. Shares of the largest health savings account (HSA) custodian in the U.S. soared 33% in just the last three months of 2019. Then came the coronavirus-fueled stock market crash. HealthEquity stock gave up all of its Q4 gains and then some.

The company announced its fiscal 2019 fourth-quarter and full-year results after the market closed on Monday. Here are the highlights from HealthEquity's Q4 update -- and why they really don't matter much, at least for now. 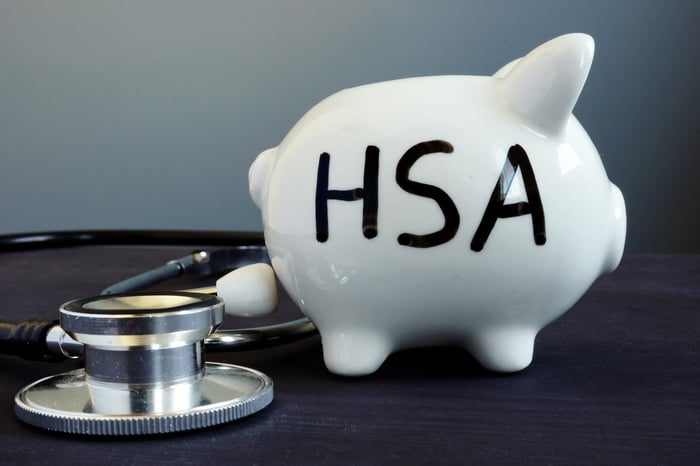 HealthEquity reported that its revenue jumped 166% year over year to $201.2 million in the fourth quarter. This result topped the average analysts' estimate of Q4 revenue of $199.26 million.

The company reported a net loss in the fourth quarter of $200,000, or less than half of $0.01 per share, based on generally accepted accounting principles (GAAP). This reflected significant deterioration from the GAAP net income of $13.1 million, or $0.21 per share, in the prior-year period.

HealthEquity announced that as of Jan. 31, 2020, it had over 5.3 million HSAs, up 34% year over year. Some of this gain came from acquired HSAs, but the company still delivered organic growth of 15%.

The company said that active HSAs totaled 4.3 million at the end of fiscal 2019, also up 34% year over year. This count included 220,000 HSAs with investments, a 35% year-over-year increase. HealthEquity stated that it had 12.8 million total accounts as of the the fiscal year ending Jan. 31, 2020, of which 7.4 million were consumer-directed benefit (CDB) accounts. The WageWorks acquisition accounted for 6.8 million of those CDBs.

During its fiscal 2019, HealthEquity added 724,000 new HSAs, up 7% from the previous year. Its HSA members also boosted their balances by around $1.7 billion, reflecting a 35% year-over-year jump.

Why the results don't matter (for now)

HealthEquity's revenue and earnings beats didn't matter for a couple of reasons. Most importantly, the near-term future of the U.S. economy remains in doubt, with the coronavirus pandemic likely to cause a recession.

The company also provided disappointing revenue guidance for full-year fiscal 2021. HealthEquity expects revenue will be between $770 million and $790 million. The consensus analysts' estimate projects revenue of $821.5 million. HealthEquity anticipates non-GAAP earnings per share between $1.70 and $1.81. The midpoint of this range is below the average analysts' expected adjusted earnings of $1.80 per share.

Healthcare stocks, including HealthEquity, will likely remain highly volatile until we know just how serious COVID-19's impact in the U.S. will be. Over the long term, though, the prospects for the company still appear to be good.