Please ensure Javascript is enabled for purposes of website accessibility
Log In Help Join The Motley Fool
Free Article Join Over 1 Million Premium Members And Get More In-Depth Stock Guidance and Research
By Daniel B. Kline - Mar 17, 2020 at 10:20AM

The company promises it most powerful console ever but it's not even hinting at what it will cost.

Microsoft (MSFT 3.42%) has already told consumers that the Xbox Series X would offer best-ever performance and speed while also offering back-compatibility with older titles. The first two parts were a given -- new consoles always offer better specs than previous ones -- while the compatibility seems likes a nice bonus.

Now, the company has given its fans a peek into the decision-making process behind the new console's development. Microsoft shared some of the logic its creative team used in coming up with what they want Xbox Series X to do be able to do in a blog post. 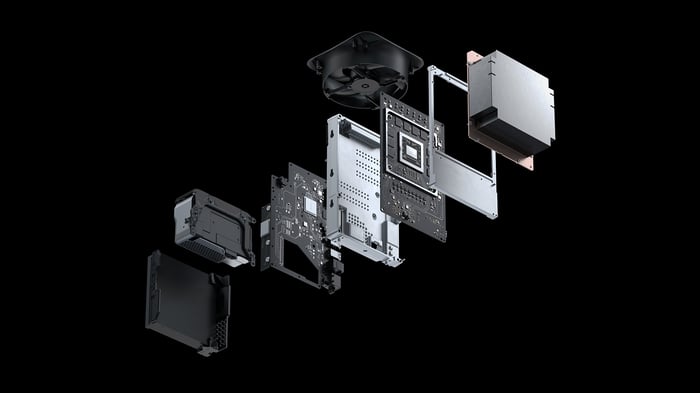 Microsoft has not set a release date for the new Xbox. Image source: Getty Images.

Inside the Xbox Series X

Powerful is a vague word. For consoles, it used to be defined by graphics moving from 8 bit to 16 bit graphics, 2D to 3D, SD to HD, and finally to 4K, Microsoft noted its blog post. For the new console, however, the company chose a different standard.

"Today, gamers are demanding more and more games run at 60 frames per second (fps) with high visual fidelity and precise, responsive input," according to the post. "Developers have come up with creative solutions, such as dynamic resolution scaling, to maintain high image quality while not compromising on frame rate."

It's a new way to think

The new Xbox won't be a list of numbers. It's being built around people having a better experience playing it.

That's a lofty goal but the company has to meet a high standard to get consumers to pay the money to upgrade. How much money will that be and will the console be available on a subscription basis? Microsoft has not revealed those answers yet.