Coronavirus cases in the country seem to have stabilized.

For the first time since the COVID-19 pandemic began back in January, China has reported no new locally transmitted infections. At a news conference on Thursday, officials from China's National Health Commission said that although there had been 34 new cases in the past 24 hours, all of them came from people who were recent overseas arrivals.

Although the country has faced significant criticism regarding how it handled the initial outbreak, since China chose to quarantine the province of Hubei, the number of cases in the country has stabilized around 81,000.

In comparison, countries like Italy, Spain, Germany, France, and even the U.S. still haven't seen a slowdown in new cases. If outbreaks in these countries don't slow down, Italy could end up surpassing China in terms of total COVID-19 cases in as little as a week. 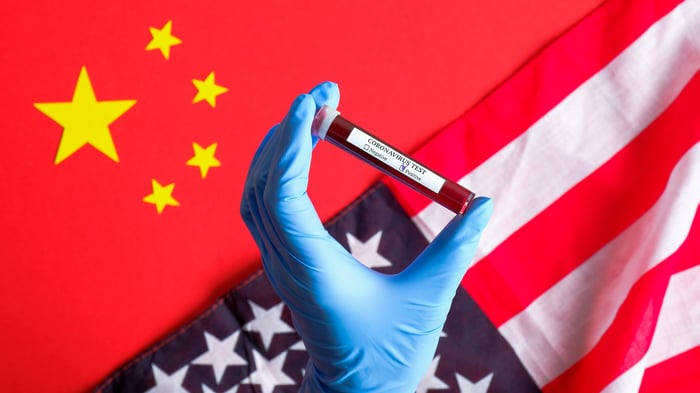 The Chinese government is also tightening its quarantine measures on international arrivals in order to prevent further outbreaks. All overseas passengers will be placed in collective quarantine at specified facilities until they are deemed to be safe.

One of the leading COVID-19 candidates being researched right now, an antiviral drug from Gilead Science (GILD 0.89%) called remdesivir, is undergoing multiple late-stage clinical trials in China. Remdesivir is also one of the potential treatments that President Trump specifically mentioned during a press briefing on Thursday.

While remdesivir helps treat symptoms of COVID-19, other biotech companies are working on preventative vaccines that would immunize someone from the virus. Both Moderna and Inovio Pharmaceuticals have vaccine candidates that have begun early clinical testing in humans.