The retailer seeks to be proactive as business viability declines.

Discount clothing retailer Ross Stores (ROST -0.88%) announced on Thursday that it's withdrawing its fourth-quarter and full-year 2020 earnings guidance -- which it issued just over two weeks ago on March 3. Due to the impact of the COVID-19 epidemic, the company is also drawing down $800 million under its revolving credit line to bulk up cash balances, while suspending its share repurchase program. In addition, the retailer told shareholders that it intends to curb its capital expenditures, and match inventory purchases to current sales levels going forward.

Like other retailers, Ross Stores is dealing with mandatory temporary store closures in some states, while experiencing drastically reduced foot traffic in stores that remain open. Management expects more store closures to follow. 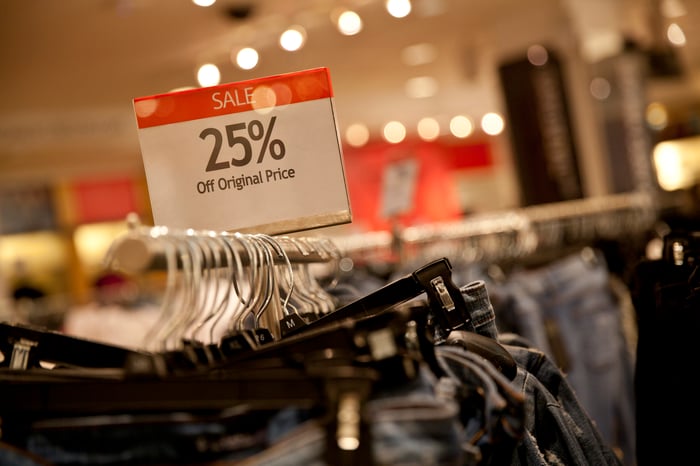 In today's press release, Ross Stores CEO Barbara Rentler stressed that the steps outlined above are meant to be proactive:

I want to emphasize that our Company began 2020 in a strong financial position. We are proactively taking these early actions to further increase our liquidity and flexibility to successfully manage through these challenging times. We will continue to monitor ongoing developments and respond accordingly.

It's true that the coronavirus outbreak has disrupted the retail landscape with almost unprecedented speed and severity. So Ross Stores, which began the year in a "strong financial position," now finds it imperative to draw down $800 million in short-term credit just three months into the new year.

However, when the dust settles on this unusual period, observers may question the recent capital allocation decisions of Ross Stores and other retail peers. In just the last two years, Ross Stores used nearly $2.4 billion of the $4.2 billion in operating cash it generated to buy back its own shares. That's $2.4 billion that could have been sitting on its balance sheet today, in a sales environment that's become bleak overnight.