A bailout may not be forthcoming, but even if it is, it could come with a serious catch. 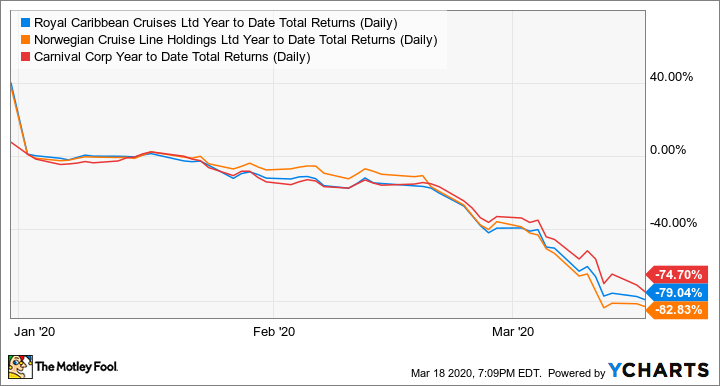 It's not hard to see why the market has taken a hatchet to the cruise line operators. Typically afforded relatively stable revenues, cruise lines have a certain amount of overhead costs associated with them, and most have taken out a hefty amount of debt to buy their ships. This goes for all of the major companies, including Royal Caribbean (RCL 4.27%), Carnival (CCL 4.80%), and Norwegian Cruise Line Holdings (NCLH 2.69%). Yet instead of paying down this debt, the cruise companies -- except Norwegian -- have continued to grow and pay out hefty dividends to their shareholders. Now that these companies' revenues are being cut off, there's a fair question as to how long they'll be able to remain in business, and whether they may need a bailout from the government.

However, there's another problem common to all three companies other than their high debt loads -- and one that could make a government bailout extremely difficult. 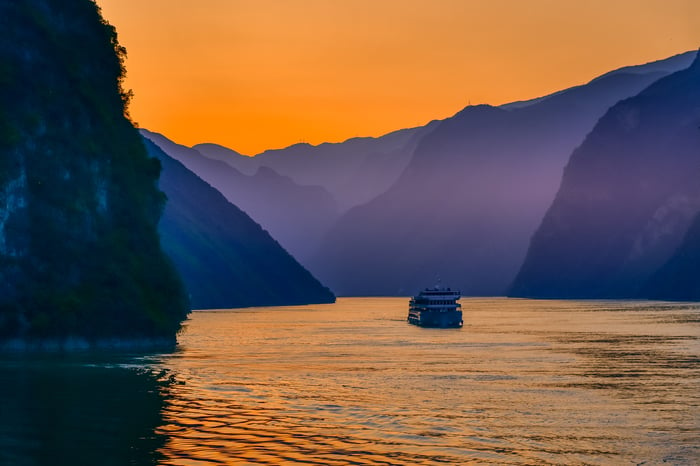 Cruise stocks may be in even more trouble than you think. Image source: Getty Images.

Until now, all three cruise lines take advantage of a taxation loophole that essentially shields them from paying any U.S. income tax. All three companies are incorporated in either the Bahamas, Bermuda, or Liberia, not the U.S.

Based on being incorporated in a qualifying country and engaging in certain activities related to shipping on the open seas, this qualifies them for Section 883 of the IRS code. Section 883 basically says that certain activities that are "derived from or incidental to the international operation of a ship or ships" are exempt from paying U.S. taxes, even if that income is derived from customers that reside in the U.S.

Looking at each company's 2019 results, you can see the amazing tax savings all have enjoyed:

These companies paid basically no income taxes last year, and Norwegian actually recorded a tax benefit. While all companies could likely weather a short-term stop, should these companies be prohibited from operating for a year or longer, they could start coming under pressure merely from general and overhead costs. Should the cruise lines then need additional liquidity beyond their current revolving credit facilities, they may need some sort of assistance from the government to avoid bankruptcy.

One could also argue that since cruises are a consumer discretionary experience, lawmakers may not feel them worthy of being bailed out. And it's doubly hard considering these companies haven't been paying any taxes.

Even if there is a bailout, it could come with strings attached

Even if the U.S. government does decide to save the cruise lines, any sort of cash injection will likely come with big strings attached. Likely, dividends and buybacks will be forbidden going forward, at least until these companies pay off what ever short-term loan the U.S. government might provide. Not only that, but these companies may then be required to pay off their additional existing debt before returning cash to shareholders. That would take many years. Finally, these companies could also be compelled to pay U.S. income taxes going forward, or at least to whichever country or entity bails them out.

This is a shame because as someone who has taken a few cruises in his lifetime and enjoyed them immensely, as far as these companies' stocks are concerned, I'd have to still recommend staying away. Even if they survive, the industry could become subject to severe restrictions like those put on U.S. banks in the wake of the 2008 financial crisis. That's why even if the industry does get bailed out down the line, their current extremely distressed share prices may actually accurately reflect these companies' murky futures for shareholder value.