The tech stocks made big moves in a volatile market.

Shares of some smaller technology companies made big moves on Thursday as the broader stock market fluctuated between gains and losses. National Instruments (NATI -2.54%) and Redfin (RDFN -8.92%) managed to rally, while shares of Telekomunikasi Indonesia (TLK 1.20%) headed lower.

The stock market continues to grapple with the impact of the novel coronavirus pandemic that's spreading across the United States. The number of confirmed cases in the U.S. has surpassed 10,000 as testing is ramped up, and at least 149 people have died.

The stock market has been volatile as this situation has played out over the past few weeks, with most stocks tumbling. On Thursday, at least some stocks were catching up a bit. Here's how these three tech stocks were doing as of 12:20 p.m. EDT:

Shares of National Instruments have crashed over the past few weeks. Even after Thursday's gain, the stock is down about 48% from its 52-week high. The company hasn't warned about the impact of the pandemic on its business, but it has pushed back its annual conference to August in response to the outbreak.

Most recently, National Instruments reported solid fourth-quarter results. Revenue was up 2% to $367 million, while adjusted earnings per share rose 6% to $0.56. Both numbers were ahead of analyst expectations.

Valuation might have played a role in the steep decline. The company reported adjusted EPS of $1.63 in 2019, putting the price-to-earnings ratio today just over 15. At the 52-week high, the stock traded for nearly 30 times earnings. 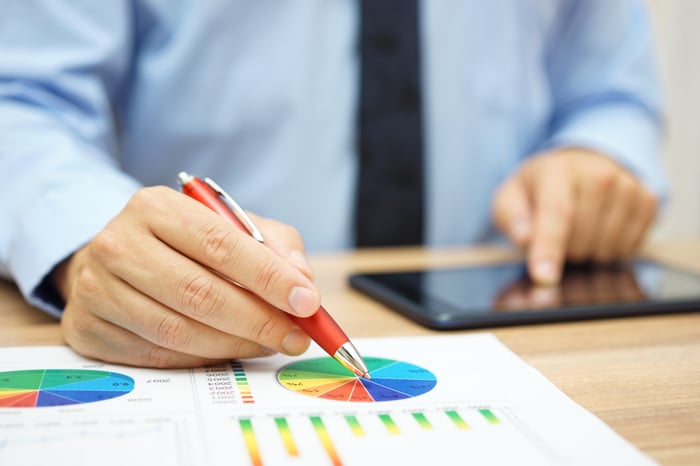 Redfin was a high-flying stock prior to this crisis, but it's been hammered over the past few weeks. Shares are down a whopping 65% from the 52-week high, including Thursday's rally.

In a filing with the SEC on Thursday, Redfin detailed the impact of the pandemic on its business. Homebuying demand growth has flatlined in just two weeks. In January and February, the business registered 27% year-over-year growth. In the past week, growth was just 1%, with a 1% contraction in the past few days. Traffic growth on Redfin's website has also slowed.

Along with this update, Redfin announced that it would temporarily pause making offers on homes under its RedfinNow business. The company has also stopped buying mass-media advertising for the time being. With people in many cities staying home, it's not surprising that buying a house is not on as many people's minds.

Indonesian telecommunications conglomerate Telekomunikasi Indonesia slumped on Thursday. There was no company-specific news, but coronavirus developments in Indonesia could be playing a role.

On Thursday, Indonesian president Joko Widodo called for an immediate ramp-up of testing as the numbers of cases of COVID-19 and deaths grow. The number of fatalities in the country now stands at 25, and there have been 309 confirmed cases.

Since hitting its 52-week high, shares of Telekomunikasi Indonesia are down about 48%.

There's no telling whether Thursday's gains for National Instruments and Redfin will hold. The stock market will likely continue to be volatile as the pandemic plays out.

For long-term investors, two things matter. First, can the company survive this crisis? And second, will it be able to thrive once the pandemic is over? Day-to-day fluctuations don't mean much in the long run.