Things were starting to look up for the footwear company after new leadership orchestrated a turnaround.

Since its debut in 2002, Crocs (CROX -1.48%) has sold over 600 million pairs of shoes in over 90 countries. But the ride hasn't been smooth for the comfy shoe company, and Crocs has struggled to shed public perception of its products as a fad. And recently, as with many companies, the novel coronavirus has pushed Crocs' stock price sharply downward. 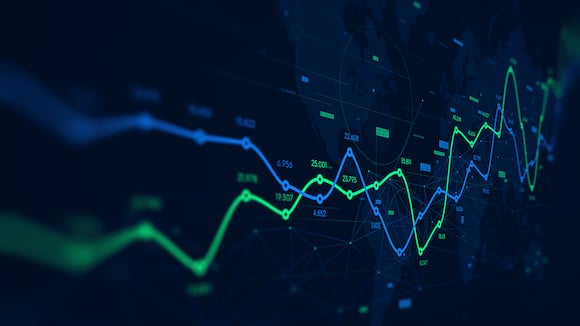 But before COVID-19 took a bite out of the economy, Crocs' management had orchestrated a turnaround under the leadership of Andrew Rees, the company's current CEO. And with the stock market continuing to drop, now may be an ideal time to invest in companies like Crocs that should regain upward momentum once the effects of the virus subside.

Andrew Rees turns the ship around

In April 2017, Crocs' stock price sank under $6 a share, which the company hadn't seen since its major fallout in 2008 to 2009. And when compared to the company's all-time high of over $70 a share in October 2007, these low numbers were disappointing, to say the least. However, just two months after this dip, Andrew Rees took over as CEO and began to pull the company back toward success.

Rees closed over 150 underperforming stores to boost profitability, and cut costs by shutting down its factories in favor of outsourcing its production to third-party manufacturers. The company also increased its investments in digital marketing and global brand ambassadors, and placed the focus back on its original hit shoe design, the clog.

These changes all worked to fuel growth and revenue for the footwear maker. By Jan. 9, 2020, Crocs' share prices had increased over 500% compared to those from June 2017 when Rees took over. That day also marked the height of its growth since the company's stock peaked in 2007.

Investors were able to see the company's continued upward climb from its last earnings call on Feb. 27, 2020. During 2019's fourth quarter, Crocs raked in $263 million in revenue, above its upwardly revised guidance and a 21.8% year-over-year increase. Its full-year operating income increased by 104.4%, and its operating margin improved to 10.5%, compared to 5.8% in 2018.

However, these increases were dimmed in the eyes of many investors when Crocs also discussed the effects COVID-19 will have on its 2020 financial outlook during its earnings call. Due to the negative effects caused by the coronavirus, Crocs anticipates a $20 million to $30 million loss for the first quarter of 2020 and $40 million to $60 million for the full year of 2020 for its Asia region. This news rattled investors, and the company's shares tumbled 16% after earnings.

Many of the footwear's partner stores in China are temporarily closed or are operating on a reduced schedule. Beyond its lowered revenue projections for its Asia region, Crocs also expects supply delays out of its Asia factories. So while the company has recently made headway, the virus has the potential to set Crocs back.

That said, COVID-19 has caused many stocks to tumble, and the recent dip in the market shouldn't be the sole reason to lose faith in your investments. In fact, this may be an excellent time to buy stock in companies that have had an upward projection like Crocs. As long as Rees continues to make strategic moves, the dip in its shares should only be temporary, which currently makes it a great bargain.