State and local governments have varying rules on what constitutes an essential activity.

As more states move to issue shelter-in-place orders that allow only "essential businesses" to remain open, the National Retail Federation (NRF) has written a letter to President Trump asking for clarification on what, exactly, qualifies as essential.

Typically such businesses have included grocery stores, pharmacies, and banks, but the trade group believes more businesses should be included, such as convenience stores; transportation and delivery services that ship groceries and other items; agricultural and farm retail stores, including pet stores; gas stations, auto parts, and auto repair shops; hardware and home improvement stores; and more. 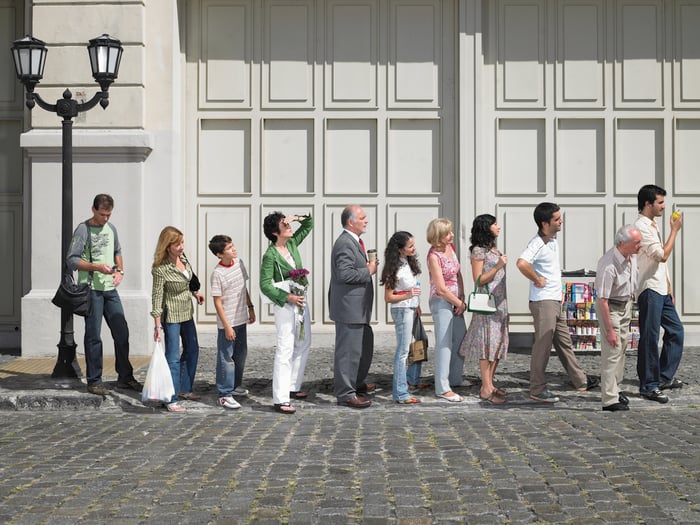 The list does not appear to include video game retailers like GameStop (GME -4.79%), which reportedly told its stores to remain open, as it considers their ability to enhance the experience of staying home to be essential.

A hodgepodge of rules

New York joined California in issuing a stay-at-home order today that lists five permissible activities to leave their house, including tasks related to the health and safety of people or pets, grocery shopping, exercising, taking care of a family member in someone else's house, or traveling to an essential business.

Because local governments seem to be diverging from statewide guidance on what businesses may remain open and which should close, the NRF believes the federal government should set a clear definition.

The group also wants the federal government to exempt large format-grocery stores, big-box retailers, and wholesale clubs from limitations on allowing just 50 customers in a store at a time. As localities have banned gatherings of more than 50 people, retailers including Walmart (WMT 0.08%) and Home Depot (HD 2.75%) have begun enforcing the limits.