Shares of PepsiCo (PEP 1.66%) have dropped today, down by 7% as of 3 p.m. EDT, amid ongoing market volatility related to the COVID-19 pandemic. The decline comes despite recent bullish remarks from several Wall Street analysts.

CFRA boosted its rating on PepsiCo shares from buy to strong buy, arguing that the consumer staples company was a "defensive" stock with a strong balance sheet and stable earnings power. Analyst Garrett Nelson is also confident that PepsiCo will be able to maintain its dividend, which was recently increased by 7%. Nelson also suggested that demand for PepsiCo products in the Frito-Lay segment could be boosted in the short term as consumers stock up on food. CFRA reduced its price target from $160 to $145 to accommodate for recent market activity. 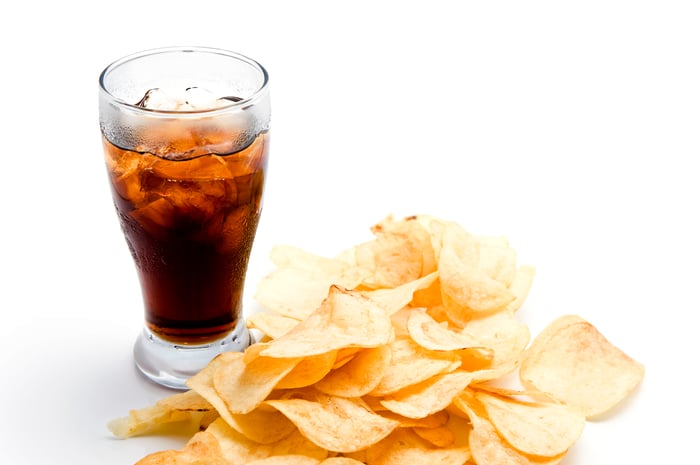 Guggenheim also upgraded its rating on the stock from neutral to buy and analyst Laurent Grandet assigned a price target of $134. Earlier in the week, BofA analysts recommended that investors sell restaurant stocks and buy a handful of food suppliers -- including PepsiCo.

In these incredibly volatile times, it can sometimes be hard to make sense of some market movements. Shares tapped fresh 52-week lows today, which could present an opportunity if the bullish analysts are correct. PepsiCo has not provided detailed commentary about how the novel coronavirus might impact its business, other than vague references to potential business disruptions.

PepsiCo earlier this week also announced it had raised $6.4 billion in net proceeds following an offering of senior notes that included a handful of tranches.