Fast-food outlets offering chicken seem to be doing the best.

While the coronavirus pandemic has made the revenues of many dine-in restaurants drop like a rock, new research suggests quick-service restaurants (QSRs), otherwise known as fast-food restaurants, are making bank during the outbreak. Among the biggest beneficiaries, according to Placer.ai, are Chipotle Mexican Grill (CMG 1.70%), Popeyes (QSR 0.18%), and privately held Chick-fil-A. Other big QSR brands saw more modest gains, according to Placer.ai and Foursquare.

According to Foursquare, QSR foot traffic rose 11% from mid-February to mid-March across the United States. Even in big cities with significant outbreaks, such as New York City, traffic climbed 9%. 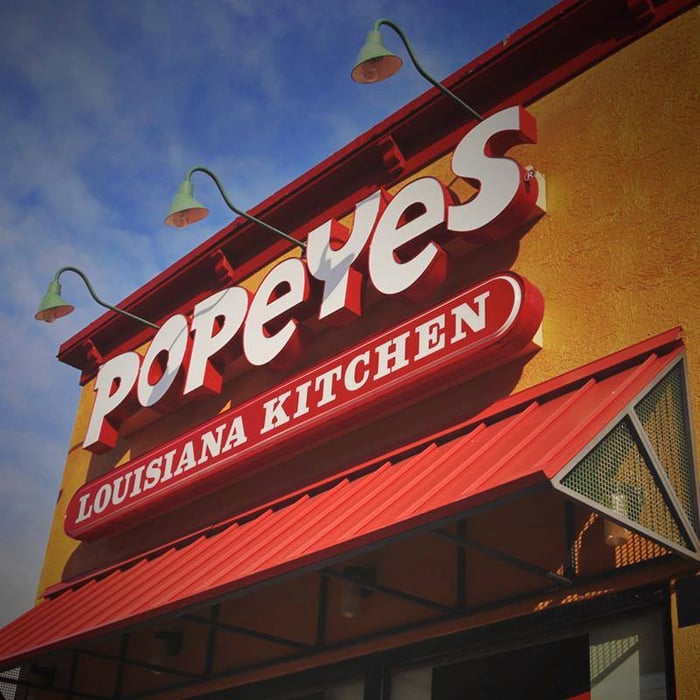 Chicken seems to be the most popular fast food during the pandemic, with Popeyes posting weekly year-over-year growth as high as 47.5%. Chick-fil-A saw gains north of 20% in February, dropping to around 10% year over year so far in March. Chipotle Mexican Grill also saw visits rise by 20% in February, with slightly more muted but still robust March figures.

McDonald's (MCD 2.14%), Burger King, and Starbucks (SBUX 2.03%) also saw traffic gains year over year in February and March. However, these have proven to be much more modest, mostly under 5%. This still compares favorably to casual dining, which endured an 11% traffic slump during the same timeframe. Bars witnessed a 4% drop in visits overall, with loss of traffic in COVID-19-vulnerable cities plunging much faster, 7% in New York and a whopping 15% in San Francisco. So far, quick-service chains, especially those offering significant chicken menu items, appear to be the most popular food and beverage destinations for hungry people attempting to avoid infection.